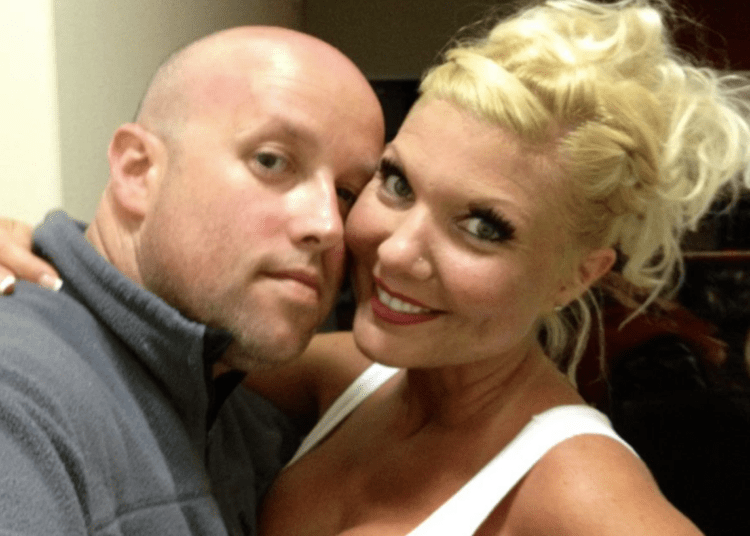 William Jeffrey West was convicted of manslaughter in the death of his cam-girl wife, Kathleen Dawn West. (Facebook)

CALERA, Ala. — The husband of an Alabama cam-girl found bludgeoned to death was found guilty of reckless manslaughter in a trial that featured her mother testifying in his defense.

William Jeffrey West, 47, was convicted Friday night in the January 2018 death of his wife, Kathleen Dawn West, a stay-at-home mom who lived a double life as “Kitty Kat West” on an adult subscription-only website,” WBRC reported. He had pleaded not guilty and claimed she died after hitting her head in a drunken fall.

Her mother testified Friday on his behalf, stating that her daughter was a heavy drinker prone to antics once she was boozed up.

The jury deliberated nearly five hours before announcing the verdict, AL.com reported, delivering its unanimous verdict at about 10 p.m.

West faces two to 20 years in prison, according to the New York Post.

CALERA, Ala. — The fingerprints of an Alabama man accused of bludgeoning his cam-girl wife with an absinthe bottle were found on the purported murder weapon, an expert told jurors this week.

Prints of the left thumb and left ring finger of William Jeffrey West, 47, were discovered on a bottle of Lucid absinthe that prosecutors say was used to kill his wife, Kathleen Dawn West, a 42-year-old stay-at-home mom who lived a double life as “Kitty Kat West” on an adult subscription-only website, AL.com reported.

Kathleen Dawn West described herself as a full-time wife and mom on Facebook but lived another life on other social media platforms, calling herself an exhibitionist and posting risque photos with a chance for subscribers to see sexier images for $15.99 a month, according to the New York Post.

With a personal description that included “exhibitionist,” West had a private Instagram account with nearly 52,000 followers that linked to a paid site that featured adult content and “naughty fun.” Some of the images were included on a site for “mature hotties.”

A fingerprint expert with the Alabama Law Enforcement Agency testified during the third day of West’s murder trial Thursday, detailing to jurors how evidence shows the bottle was held inverted by the man – by its “throat” instead of its base, according to the report.

Kathleen West died of blunt force trauma from being hit in the head with the bottle on Jan. 12, 2018, an arrest warrant shows. Prosecutors claim William West killed his wife, while his attorney claims the heavily intoxicated woman died from accidentally falling and striking her head, New York Post reported.

Jurors also saw screenshots of text messages sent between the pair a month or weeks before her partially nude body was found outside the couple’s home in Calera, AL.com reported.

In one message sent just eight days before her body was found, Kathleen West told her husband she knew he didn’t “want to be with me,” but claimed his lies were only hurting her more.

“If you don’t want me say it,” Kathleen West wrote her husband in another message, AL.com reported.

“Baby, I want you,” William West replied. “Do you want me? We never really talked after NYE.”

A few days earlier, Kathleen West had texted her husband that it was the “last time you will guck [sic] me over,” prosecutors said.

Kathleen West also told her husband he was “throwing away 14 years of marriage,” the text messages show.

An attorney for William West also showed the jury other texts between the pair showing a softer side, including him repeatedly referring to his wife as a “sexy momma” — and her sending him back topless and other risqué photos, AL.com reported.

A 90-minute video of William West being questioned by police was also played for jurors, during which he said he went to bed after the pair both had about six drinks. Kathleen West then changed into her lingerie to take photos while he went to bed, William West told police.

William West, a former police officer who pleaded not guilty months later, also insisted to investigators he was not bothered by his wife’s exhibitionist side, adding that they had recently spoken of her desire to have sex with other women, including three in their hometown, AL.com reported.

“There’s nothing to be jealous about,” William West told investigators. “Me and her [were] in a good spot.”

At another point, William West insisted to investigators he would “not hurt my wife, not even accidentally,” WIAT reported.

A medical examiner is set to testify Friday in the trial. It’s unclear if William West will take the stand in his own defense, AL.com reported.