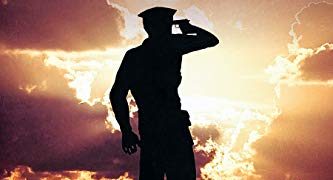 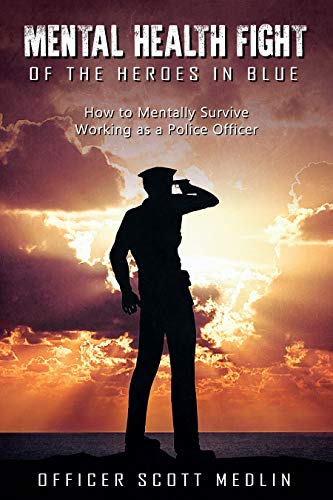 Editors Note: We are honored to introduce you to Scott Medlin. Scott has recently published a book about how to mentally survive working as a police officer. His goal is to help save lives and frankly, we think he has done it. Below is an excerpt from his excellent book. You can read Part 1 here.

Alright, so this is going to read like a massively long checklist, but do not worry – I have organized it.

This is how I want you to think of this chapter: Consider it your miniature handbook for the practical, day-to-day changes you can make in real life to keep your thought patterns in a positive place.

Law enforcement officers have to contend with more than just bad guys and paperwork. You have some pretty profound logistical hurdles to manage throughout the day, such as trying to communicate with tons of people and collect/organize information while in a car, on the phone, or out in the field.

Thankfully, I have been there. I know exactly what you are going through because I went through it too. That is why this set of strategies is perfect for your situation. Ready to make some changes? Let us take a look.

Take Charge of Your Day

Okay, I realize this sounds generically peppy, like something you would find on the back of a cereal box, but it is an invaluable lesson nonetheless. Here is what I mean by taking charge of your day: Instead of letting your morning push you through a quick-and-dirty routine using the threat of being late, you should already be a lap ahead.

Let us say, like a lot of us, your normal routine is to wake up as late as possible, hastily brush your teeth and throw on the uniform, grab some coffee, watch your kids (if you have them) eat breakfast, kiss the spouse and then head out.

You have not had time during this whirlwind of a routine to consciously reflect on the fact that there is a chance, albeit a relatively small one, that you will not come home. You have not had a chance to give thanks for what you have. Already, you have denied yourself a couple of opportunities to face your stressors head-on. You are letting them sneak around in the back of your mind, which is where they do the most damage.

“Well, jeez, now that you have trashed my morning routine, what is your great idea, Mr. Enlightened?”

Okay, I deserved that, hypothetical reader. I understand it can feel a little bit invasive, me digging into your personal habits and all, but it is out of care and respect, so do not forget that.

Here is what I suggest: prime yourself mentally for the day ahead. Wake up earlier so that you can enter the proper mindset. Do not simply start your day with that “Crap, I’m gonna be late” feeling because you are steeping yourself in stress even before the uniform is on!

When you are in control, you are the one who dictates your routine by waking up early and giving yourself time. You have already struck a severe blow to your stress. So, what do you do with this time to get into the mindset? It is not rocket science. Here we go.

Yes, meditation. I know, I know – I was not so hot on it at first either. It seems like the kind of “hippy-dippy” nonsense that I would have a laugh with my fellow officers about. We are supposed to be too tough for meditation, right?

But I want to explain something about meditation that may help to disarm your criticism right off the bat. First and foremost, you already do it to a degree. There are at least meditative activities that we all enjoy in one form or another, especially after a long workday.

For example, sitting there and staring at a wall for five minutes while you have that after-work snack. Going fishing on the weekends. Going on a run and just spacing out mentally for twenty minutes. Standing there in the shower and focusing on the sound of the droplets bouncing off your noggin as you take a much-needed mental break.

So you see, “meditation” is not this made-up trend. It is not some magical skill that you learn. Your ability to meditate is built-in. Consciously making an effort to meditate regularly, simply enhances your ability to enter that state.

Why do this? Because it confers a lot of essential benefits, both mentally and physically. Do not believe me? Check out this breakdown from Dr. Mathew Thorpe, who describes how meditation helps to:

Uh, sound a tiny bit relevant to the issue of suicide risk among law enforcement, does it? It certainly should, because every single point on that list is correlated with suicide risk. What is more, meditation will sharpen your focus and allow you to better chase your aspirations.

Alright, alright, you might be thinking, but how? I do not know how to meditate. Oh, sure you do – we just need to focus on it, like I mentioned before.

There are different forms of meditation with different objectives. However, for beginners, I like to recommend what is called “breath awareness meditation” because it is very simple and just as effective as the other forms.

Sit on something comfortable or lie down. Close your eyes. Slow down your breathing and make each breath deeper.

That is the prep, now for the execution. There is only one step: just focus on your breathing. That is it. Do not think about anything else. If it helps, you can count your breaths.

Five minutes is an okay minimum threshold, and trust me, it will feel like forever the first couple times, but I like to shoot for closer to ten or fifteen. Still, we are not talking about waking up three hours early, so that is nice.

Of course, that hamster wheel of a mind is going to run off rather quickly – especially when you are a newbie at this. Do not be frustrated or discouraged. Simply return your focus to your breaths and resume.

After a few sessions, or maybe even one, you will notice that you have more patience and that you appreciate the little wins throughout your day more. You will spend less time fretting about unimportant crap and more time entertaining creative, substantive, and positive thought processes.

Meditation is awesome. Make fun of it if you want, but as someone who “drank the Kool-Aid,” I can tell you that it is absolutely life-altering in the best way.

Alright, so you are sold on that, and you are definitely going to do it, right? Great. If you really want to multiply the benefits of meditation and start your day off in control, it is time to get physical. No! Not the song!

BE SURE TO ORDER SCOTT’S BOOK HERE.

Scott Medlin has worked in law enforcement in North Carolina since 2007. Prior to that he was in the United States Marine Corps. He was deployed for Operation Iraqi Freedom in 2003 and in 2005. He was honorably discharged from the Marine Corps and earned his Bachelor's Degree. Through deployments and time in law enforcement Scott has valued inspiring others. Scott has helped fellow officers keep marriages together, pull through during hard financial times, overcome depression, and provided encouragement whenever an officer needed it. Scott is willing to share his mental health fights as a means to teach others how to become aware and overcome.