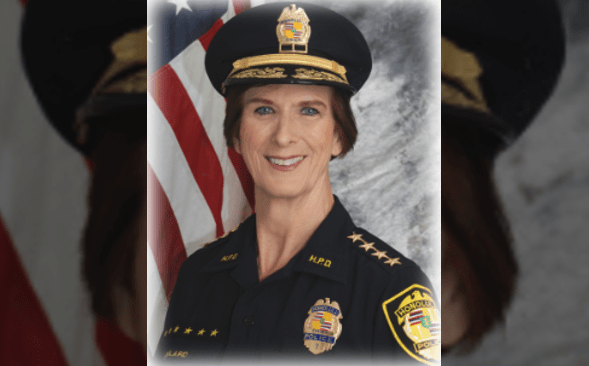 They were convicted of framing Gerard Puana, for a crime he did not commit. In a declaration filed to the court, Ballard said the amount of HPD resources dedicated to personal surveillance disrupted the operations of the organization, HawaiiNewsNow reported.

Upwards of 20 to 30 officers conducted round-the-clock surveillance on Gerard Puana. Ballard told the court she’s never seen so many police officers assigned to a non-violent crime.

And not only did it drain resources, it also damaged HPD’s reputation in light of one of the biggest public corruption scandals in Honolulu’s history.

According to a press release from the U.S. Attorney’s Office, Kealoha pleaded guilty to bank fraud in October 2019 after being convicted in a separate case in June 2019 for abuse of power and conspiracy.

The pleas resolve all outstanding charges that were pending against the Kealohas following their corruption conviction in another case by a federal jury in June 2019. U.S. District Judge J. Michael Seabright’s acceptance of the guilty pleas means the Kealohas will not face a second trial in January 2020 on the bank fraud charges, and Katherine Kealoha will not face a third trial in May 2020 on the drug charges.

In June 2019, the Kealohas were convicted by a federal jury for abusing their power by conspiring with two police officers to frame Katherine Kealoha’s uncle, Gerard Puana, for a crime he did not commit in a desperate attempt to discredit his claim that the Kealohas stole a substantial amount of money from him and his 100-year-old mother – Katherine’s own grandmother – Florence Puana.

In her plea agreements today, Katherine Kealoha resolved two cases with admissions that she was involved in an elaborate bank fraud scheme and a drug trafficking conspiracy with her brother, anesthesiologist Rudolph B. Puana, who wrote medically unnecessary prescriptions for controlled substances such as oxycodone and fentanyl in order to resell them. When the brother came under police suspicion, Katherine Kealoha used her law enforcement position to take control of the investigation and ensure that she and her brother were not prosecuted. Moreover, Katherine Kealoha also admitted that she obtained fraudulent loans from several banks and credit unions and stole more than $165,000 inheritance of two children, Ransen Taito and Ariana Taito, for whom she served as financial guardian. In her plea agreement, the parties agreed to recommend that the Court order Katherine Kealoha to pay restitution $165,269.82 to the Taitos and to forfeit $63,476.97 from the sale of the Kealohas’ home.

Both Kealohas admitted in plea agreements that they defrauded banks with elaborate schemes in order to obtain loans to fund their extravagant lifestyle. Louis Kealoha’s plea agreement said the couple spent more than $591,000, which was derived from: (1) stolen proceeds from a reverse mortgage obtained by Florence Puana; (2) stolen funds belonging to the Taito children; and (3) loan proceeds obtained through banks and credit unions. In his plea agreement, Louis Kealoha agreed that the Court order him to pay $165,269.82 to the Taitos and to forfeit $63,476.97 from the sale of the Kealohas’ home.

Federal guidelines suggest Kealoha could get anywhere from three to five years in prison. Ballard supports an enhanced sentence. View the court document below:

Hawaii police arrest man on suspicion of dousing homeless person with gasoline, setting him on fire