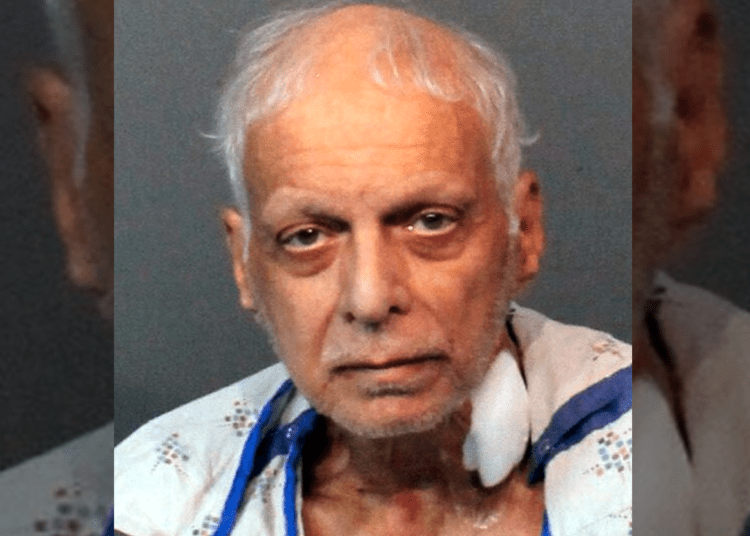 RENO, Nev. – Tudor Chirila, 77, the one-time deputy attorney general in Nevada who is currently accused of a 1972 homicide in Honolulu, is fighting extradition to Hawaii after making a court appearance on Wednesday, Fox News reported.

Chirila is accused of murdering Nancy Anderson by brutally stabbing her to death when she was 19-years-old. The criminal defendant claims his constitutional rights were violated after he was arrested last week at a Reno hospital.

Anderson was found in her Waikiki apartment after being stabbed more than 60 times. Police obtained a search warrant to collect a DNA sample from Chirila earlier this month, which tied the man to the homicide.

“I think if the 9th Circuit (Court of Appeals) saw this, they’d throw it out,” Chirila said during his arraignment Wednesday. Chirila presented himself in court in a red jumpsuit while chained with handcuffs to his wheelchair.

“I kept saying this is unconstitutional,” Chirila argued. “You’re making me be a witness against myself.”

RENO, Nev. – A man who formerly held the position of  Nevada deputy attorney general was taken into custody this week in Reno and charged with murdering a woman five decades ago in Hawaii.

Tudor Chirila Jr. is accused of second-degree murder. Honolulu police said DNA evidence linked him to the fatal stabbing of Nancy Elaine Anderson who was 19-year-old when she was brutally murdered in 1972, according to the criminal complaint.

The Honolulu Star-Advertiser first reported that Chirila, 77, was arrested Wednesday. He was being held Thursday in the Washoe County Jail without bail on a charge of being a fugitive from another state.

Investigators say he stabbed the young woman more than 60 times and left her body in her Waikiki apartment on Jan. 7, 1972, reported KOLO 8. Anderson’s bloodied body was discovered by her roommate. She died of a fatal stab wound through the heart.

In October 1971, Anderson moved to Hawaii and was employed at a McDonald’s restaurant after graduating from high school the year before in Bay City, Michigan, according to the Star-Advertiser.

Police in Hawaii received a tip in December 2021 that Chirila could have been involved in the murder. Upon receiving the information, they began to research his background in the Aloha State.

Investigators tried to obtain a surreptitious sample of Chirila’s DNA, but were unsuccessful.

The major break in the 50-year-old cold case came in March 2022 when police obtained voluntary DNA from Chirila’s son who lives in Newport Beach, California. It identified him as the biological offspring of a person whose DNA was discovered in Anderson’s apartment, according to a criminal complaint.

After the March revelation, investigators in Reno secured a search warrant and obtained DNA from Chirila earlier this month. Two days later, Chirila tried to commit suicide, according to the Reno Gazette-Journal. In a booking mug shot, he appeared to be in a hospital gown with bandages on his neck.

Chirila served as Nevada’s deputy attorney general in the late 1970s and lost a bid to be a Nevada Supreme Court justice in 1994, the Washington Examiner reported.

Chirila had a previous encounter with authorities in Nevada in 1998 when he was accused in a federal indictment of being the former president of a company that served as a front for a Nevada brothel, Mustang Ranch.

Details regarding his extradition to Hawaii were not immediately clear.