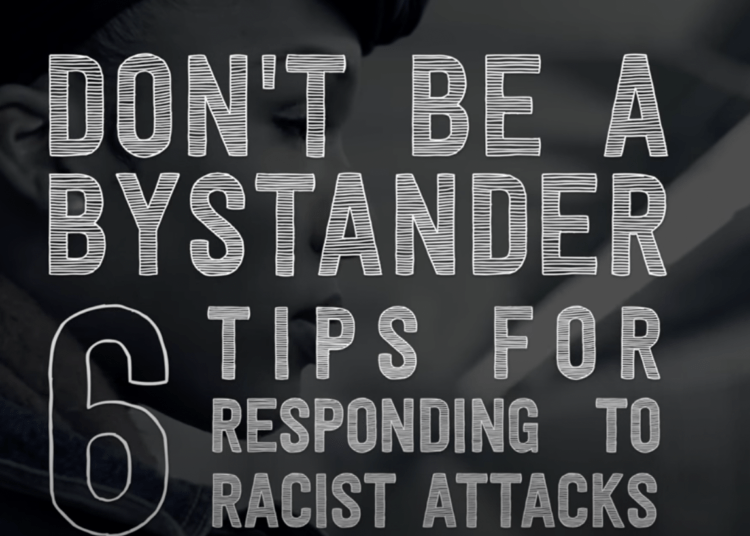 DENVER – A Denver high school is urging students to not call the police when they see violence because the police are trained to see “people of color” as criminals. Those instructions came in the form of a short film that students were shown.

“Don’t be a Bystander: 6 Tips for Responding to Racist Attacks,” is a video that “offers an abolitionist approach to bystander intervention that does not rely on the police” and is narrated by a black individual who presents as a female, but sounds suspiciously like a man. The stated goal of the video is to be a resource for “anyone who wants to interrupt the violence of white supremacy and anti-blackness.”

“In our current political moment, white supremacists and white nationalists have been emboldened,” the narrator wearing a head wrap said. “And as a result, public attacks are on the rise.”

The video offered several options for bystanders including pressure to “not call the police” because “armed police presence often escalates, rather than reduces the risk of violence in a situation.”

.@DPSNewsNow played this video for students.

It explains that you shouldn’t call the police if witnessing a racist attack because “police have been trained to see people of color… as criminals.” It also teaches students about white supremacy & how to become activists pic.twitter.com/tQDd4rEuZF

“Because police have been trained to see people of color, gender-nonconforming folks, and Muslims as criminals, they often treat victims as perpetrators of violence. So, if the victim hasn’t asked you to call the police, do NOT – I repeat, DO NOT CALL THE POLICE,” the narrator urged.

The video was blasted in a letter penned by a group of five police associations due to the likelihood that it would amplify “negative perceptions of law enforcement and [hurt] our efforts to build trusting relationships within the communities we serve, including school and student populations,” Fox News reported.

“Discouraging students from calling the police in situations that have a high probability of violence and telling them to handle it themselves is irresponsible,” it read.

“Suggesting that police officers are trained to treat people of color and members of the disabled and LGBTQ communities as perpetrators is false and offensive,” the letter stated.

A spokesperson for Denver Public Schools told Fox News Digital that they failed to “fully” vet the video before having the impressionable youth watch it and claimed the district does “not subscribe” to all of the ideas shown in the video.

The spokesperson noted it was added to the curriculum based on the theme and title alone. BPR noted that the video was less than four minutes.

The Denver Police Foundation (DPF) provided a statement to the Gazette calling the video “dismaying” and “reprehensible” and criticizing the school for showing it to students. “While it is commendable of school administration to educate students relative to possible responses to racial attacks at school, it is reprehensible of them to include a tip that specifically states not to contact police while simultaneously telling students they should put themselves front and center of the exchange,” the statement read.

According to a statement by the principal of Denver South, Rachel Goss, the intent of the video was “to provide empowerment for people who may witness these types of attacks, not to have any sort of negative impact on the longstanding relationship between the Denver Public Schools and the Denver Police Department.”

The Denver South High School website states that the school is “committed to dismantling systemic and structural racism in education” and is “committed to being actively anti-racists and building a future we can all prosper in.”

Share and speak up for justice, law & order...
Tags: denverschool'colorado