The Hidden Figures of the First Responder Profession 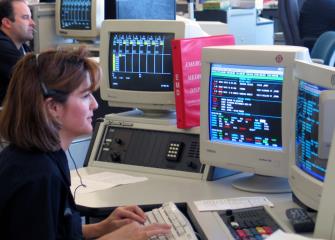 byJonathan Parker
Share and speak up for justice, law & order...

Earlier this year, my wife and I enjoyed part of our anniversary celebration by watching the movie Hidden Figures.  It is an amazing movie about three brilliant African-American women who served as “human computers,” engineers and mathematicians for NASA during the Civil Rights era and beyond.  They were credited for serving “as the brains behind one of the greatest operations in history: the launch of astronaut John Glenn into orbit.”

More broadly, the movie serves as a reminder of the plight of all women in a male-dominated profession.  It was so riveting a film that I wanted to learn more.  I walked out of the theater with mixed emotions, and questions like, “How is it that we never heard this story before?” and “Why haven’t these women received the credit they deserve until now, nearly 50 years later?”

I turned first to the book that inspired the movie, Hidden Figures by Margot Lee Shetterly.  I found the unsettling answer to my questions in the acknowledgement portion of the book.  There, Shetterly writes,

“The title of the book is something of a misnomer.  The history that has come together in these pages wasn’t so much hidden as unseen – the fragments patiently biding their time in footnotes and family anecdotes and musty folders before returning to view.”

Thankfully, the story of these amazing women has come into full view, and rightly so.  This thought may be a stretch to some, but I wonder if there are any others, mostly women, serving in a mostly male dominated profession who might be unseen and oftentimes overlooked?

Perhaps I am a little biased towards dispatchers and call-takers.  On July 2, 2008, as my wife lay dying of a massive heart attack, it was a calm male dispatcher who nudged me to begin CPR.  The sound of keystrokes in the background and the words of this individual assured me that help was on the way.  He, along with the medical personnel, later received a “Star of Life” award for their efforts that contributed to my wife’s survival.

Then, in 2009, I went to a week-long training for Critical Incident Stress Debriefing.  The large group of officers and deputies was peppered with a few dispatchers.  As we talked through the week and conducted debriefings, I quickly realized that the emotional toll sustained by our communications personnel is often overlooked.

They hear the horror of the calls, and bear the weight of being the lifeline for the callers and responders.  Every major incident and every mundane moment includes not only the responders in the field, but also those serving selflessly on the other side of the radio.  They too deal with the stress, long hours, overnight shifts, and so much more.

We salute you!  We recognize the valuable work you do, the sacrifices you make, and extend our deepest gratitude!