Great Law Enforcement Is The Norm 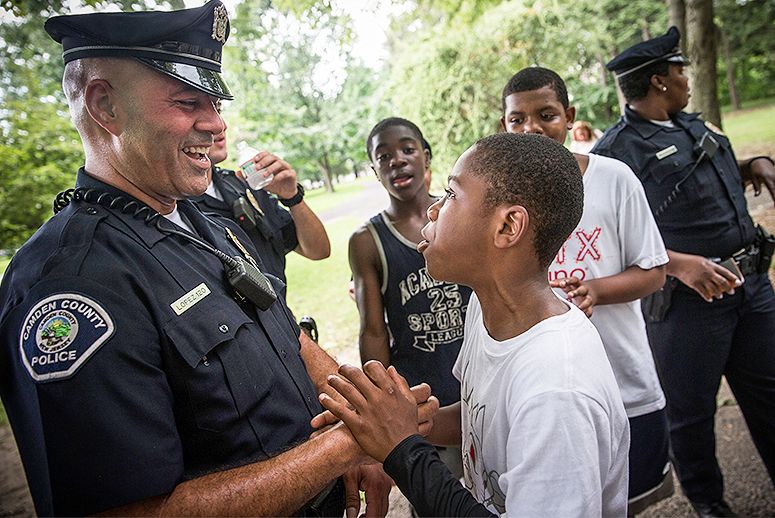 byBryan Jackson
Share and speak up for justice, law & order...

Recently, members of my community police force, the Kirkland Police Department (KPD), in Kirkland, Washington, were congratulated for their efforts during a service call. An unstable person tried to gain access to a resident’s home through the front door, using distracting conversation. Four KPD officers responded and, evidently, provided crisis management skills until the individual chose to grapple with one of them. According to the resident, the man was appropriately restrained and taken for evaluation. During the past five years, especially, we have seen the diminution of police perception by citizens who are convinced that race and overzealousness are at the heart of almost every officer encounter, regardless of the officer’s intent or behavior.

Satisfyingly, the resident never mentioned the person’s race because, well, guess what? It wasn’t relevant. She reported what happened as she saw it, and the KPD managed the situation calmly, strategically, and professionally, with the proper resources. By her account, excessive zeal played no role in the altercation. I think this is the type of progress we continue to look for as America comes to terms with its own separation of self. Yes, police departments need to strive for improvement daily. We should reward that improvement with the recognition it deserves.

In a recent neighborhood-based social media post, the resident wrote: “The media often portrays the negative when speaking of police. I believe we need to speak up when we see how courageous and skilled they are. It was a scary situation and I am very grateful for their service.” As a chaplain, it pleases me to know that citizens are willing to come forward with positive remarks about our officers’ good work. As a former law enforcement officer, I’m grateful that some people can still see the good intentions and proper conduct of these same officers when it surfaces, which, by the way, is more often than not. If I were I wrong about this, we would have anarchy in the streets. Problem police officers, even dangerous ones, are still very much in the minority.

Anxiety within our police departments, which reflects the anxiety in our communities, replicates and spreads, sometimes causing great fear that didn’t have to be. When officers respond with the precision that these four apparently did, there is hope. It is a hope that the law can be enforced with compassion and dignity. It is a hope that can be realized when sworn personnel come into contact with civilians who care about the greater good. It is, for better or worse, the kind of hope that usually doesn’t get media coverage because it is, well, boring.

It might be boring, my friends, but it is nevertheless sacred. If you are an officer, let me take this opportunity to remind you: You are sacred, and the work you do is sacred. As a childhood mentor used to tell me, “I love you and there ain’t a thing you can do about it.”

Be careful out there.

Share and speak up for justice, law & order...
Tags: chaplaineditorial

Rev. Bryan Jackson is an author and former police officer. His forthcoming memoir, Called Yet Again, is set to be released in 2018. His blog, “Yona Ambles,” is published regularly. Bryan holds a master of theological studies degree, gained two years of clinical pastoral education in two different Level 1 trauma centers, and has studied family systems theory at the Bowen Center for the Study of the Family in Washington, DC. He has served in healthcare chaplaincy, the pastorate, and fee-based pastoral counseling. He is a volunteer chaplain with the King County Public Health Reserve Corps, and is a member of the Mt. Hood Cherokees, Portland, OR. Visit him online at www.cherokeepenandsword.com (Bryan D. Jackson).