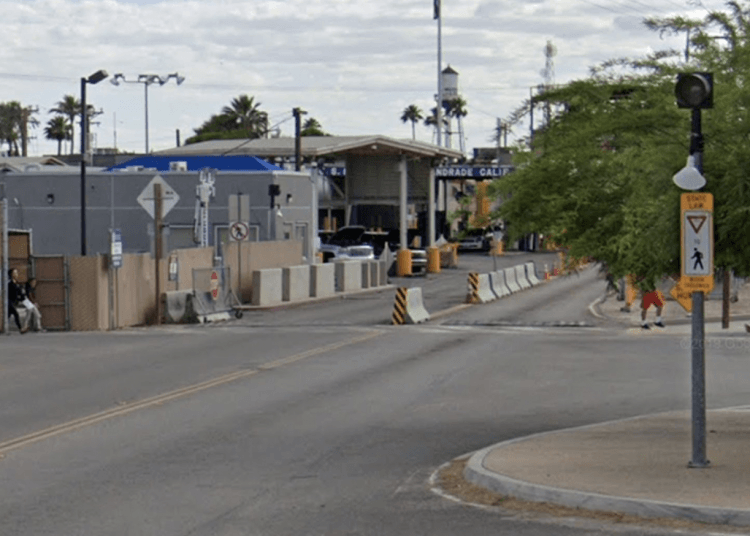 San Diego – A grandmother and her granddaughter were intercepted at the U.S.-Mexico border Sunday attempting to smuggle more than 200 pounds of methamphetamine into California, authorities say.

U.S. Customs and Border Protection officers apprehended the 65-year-old woman and her 19-year-old granddaughter at the Andrade Port of Entry in southeastern California, according to a CBP press release.

While roving through vehicle lanes at the port of entry, a K9 alerted officers to a 2006 Dodge Durango. As a result, the vehicle was referred for further inspection, CBP says.

At secondary inspection, agents discovered nearly 300 packages of methamphetamine in the vehicle’s roof, doors and quarter panels. The narcotics reportedly have an estimated street value of more than $416,000, according to CBP.

Consequently, federal agents seized the vehicle and turned the women over to Homeland Security Investigation for further processing.

Both women are U.S. citizens. However, CBP did not provide their names.

Later that day at approximately 3:48 p.m., a 44-year-old man entered on foot through Otay Mesa port of entry. A CBP officer referred the Mexican citizen and lawful permanent resident for further inspection, according to the press release.

CBP officers confirmed that Adan Larios had an active felony warrant for sex crimes with a minor from the Riverside Police Department with a bail set at $1 million. He was turned over to San Diego County Sheriff’s office pending transfer to Riverside.

CBP officers confirmed that Eduardo Aguilar had an active warrant for homicide from the Denver Colorado Sheriff’s Department with no bail set. Aguilar was transported to San Diego County Jail pending extradition.

“These cases are just examples of the apprehensions CBP officers catch on a daily basis,” said Pete Flores, Director of Field Operations for CBP in San Diego. “CBP officers are vigilant to stop those who would do harm in our communities at the border, as they attempt to enter the U.S.”