The migrants were 'unfairly enticed' into the U.S. and given an 'opportunity to seek greener pastures in a sanctuary jurisdiction that offered greater resources,' governor's office says 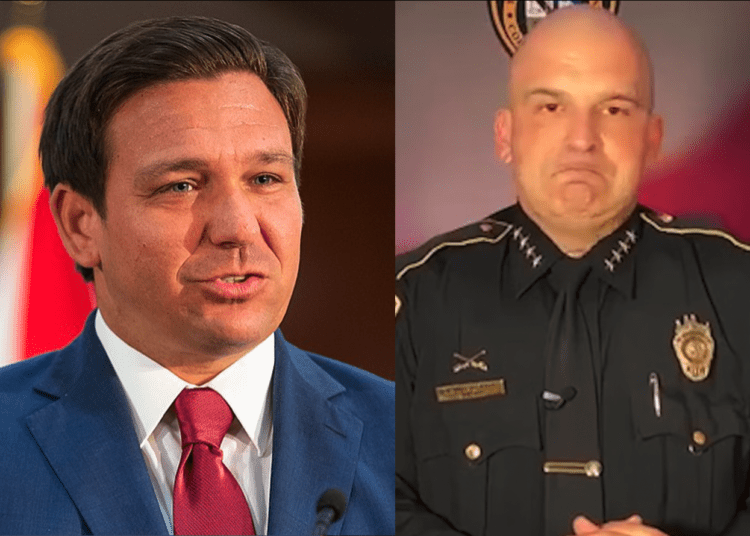 Florida Governor Ron DeSantis‘ office volleyed criticism back at Sheriff Javier Salazar (D) of Bexar County, Texas who announced Monday afternoon that his team was opening an investigation into the 50 illegal immigrants that were flown to Martha’s Vineyard last week, the Daily Wire reported.

Sheriff Salazar announced the investigation during a press conference, saying that he was “bother[ed]” by the flights “and so we are absolutely opening up an investigation into this.”

Salazar appears to be posturing as he acknowledged that he could not name any laws that were violated, nor did he identify the target of his “investigation.”

Team DeSantis responded to Salazar’s remarks by saying, “Immigrants have been more than willing to leave Bexar County after being abandoned, homeless, and ‘left to fend for themselves.’”

“Florida gave them an opportunity to seek greener pastures in a sanctuary jurisdiction that offered greater resources for them, as we expected,” said a DeSantis spokesperson, WESH reported. “Unless the MA national guard has abandoned these individuals, they have been provided accommodations, sustenance, clothing and more options to succeed following their unfair enticement into the United States, unlike the 53 immigrants who died in a truck found abandoned in Bexar County this June.”

DeSantis confirmed during a press conference that individuals who were contracted gave the illegal immigrants a release form to sign and a packet that included a map of Martha’s Vineyard. “So it was obvious that that’s where they were going and they gave that to them,” DeSantis noted.

One of the brochures distributed to the migrants was obtained by Florida’s Voice, and confirmed by the governor’s office. The brochure, which is written in both English and Spanish, is titled: “Massachusetts Refugee Benefits/Massachusetts Beneficios para Refugiados,” and includes pictures of Massachusetts, according to the Daily Wire.

BREAKING: Florida's Voice has confirmed with Ron DeSantis' office the below brochure was given to migrants who were voluntarily flown to Martha's Vineyard

According to Florida’s Voice, the brochure contained information “directly from the Massachusetts government website.”