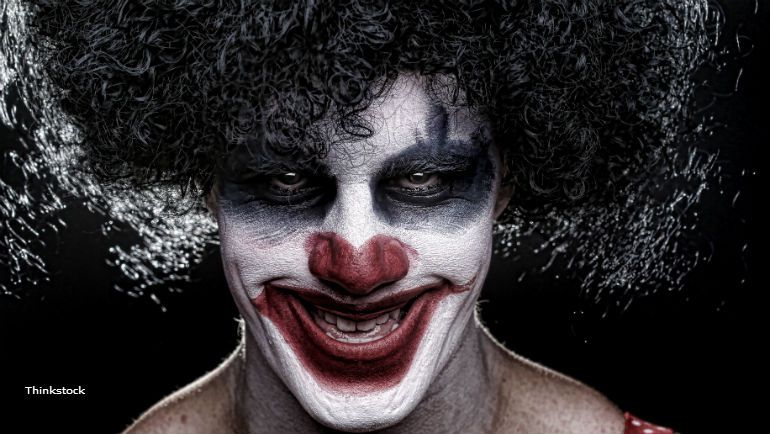 The most recent clown attacks began in Oklahoma where a man reported that a “gothic clown” came out of the woods on Thursday night and attempted to steal his bike.  When he resisted, the clown pulled a knife and cut his arm before fleeing.  That attack happened in an apartment complex in the eastern part of Tulsa.

The clown was described as having a face painted half black and half white and was wearing black and white clothing and a jester hat.

Police never found the clown but that incident preceded an assault earlier in the day of a man walking his dog.  The dog apparently attacked that clown before he (or it) fled.

That clown was described as having orange hair, painted face and was wearing a “rainbow clown suit.”

The Tulsa Police Department had just one piece of advice for citizens…..Think twice before dressing like a clown for Halloween.

Share and speak up for justice, law & order...
Tags: clownNewsTulsa