Officer Demika Lloyd Had Been On the Department For 18 Months 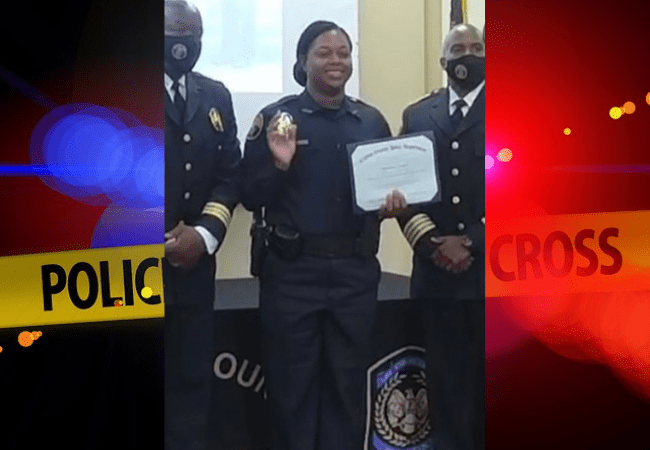 Jonesboro, Georgia –  A suicidal woman allegedly shot a Clayton County Deputy Wednesday night before being involved in a shootout with Atlanta police after driving north into the city. The suspect was eventually shot by Atlanta police after firing at officers, police said.

Both the officer and the suspect were hospitalized.

Officer Demika Lloyd made contact with the suspect, identified as Aiyanah Pryor, 25.

Pryor allegedly brandished a handgun and shot Lloyd before fleeing in a Jeep, according to Fox News. Lloyd, who has been with the force for a year and a half, was rushed to a hospital, stabilized and was undergoing surgery, Clayton County Police Chief Kevin Roberts said in a news conference. 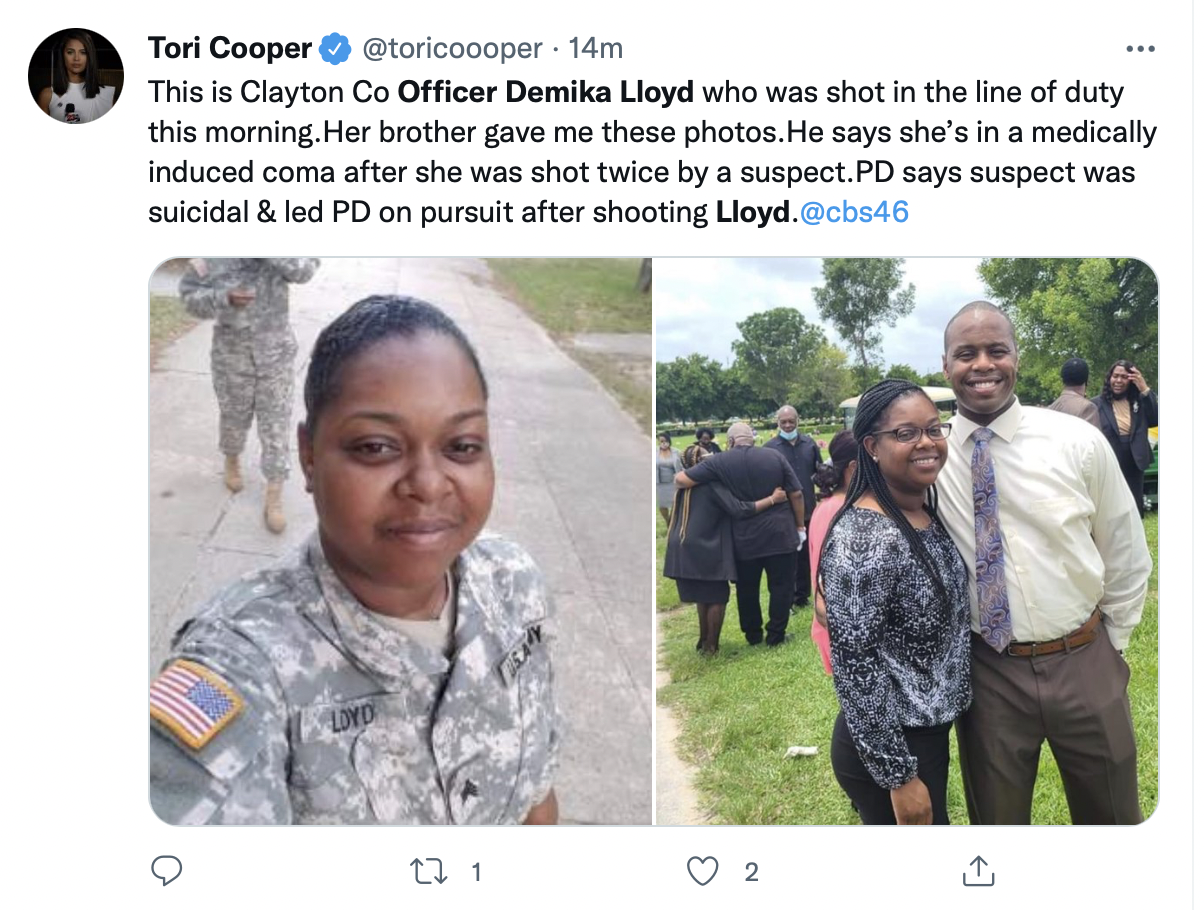 “She will be successful moving forward and we’re praying for her good recovery,” he said of Lloyd who he said has done “exceptionally well” with the department.

When the Atlanta Police Department caught up with the suspect, Pryor allegedly shot at officers after they told her to show her hands. Officers returned fire and she was taken to a hospital in critical condition.

No Atlanta officers were injured.