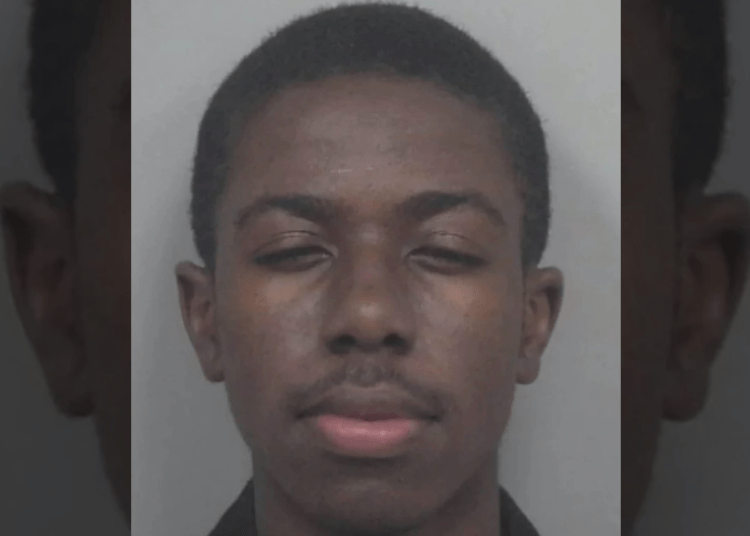 Varian Alexander Hibbert was arrested by police at the scene on charges of felony murder, aggravated assault and possession of a knife during the commission of a felony. (Gwinnett County Police Department)

GWINNETT COUNTY, Ga. — A Georgia man is accused of fatally stabbing his mother on Thanksgiving, according to law enforcement authorities.

Police responded to a 911 call from a Lawrenceville home regarding a domestic violence assault just before noon on Thursday. Officers discovered Marcia Chance, 42, lifeless with multiple stab wounds inside the residence, Gwinnett County police said in a statement. The call was placed by another relative who was present.

The woman’s son, Varian Alexander Hibbert, 18, was taken into custody at the scene. According to police, he faces charges of felony murder, aggravated assault and possession of a knife during the commission of a felony, New York Post reported.

“Detectives are currently investigating the motive for the assault,” department officials said as the crime was processed.

Hibbert was booked at the Gwinnett County Detention Center. According to records, he is being held without bond.

In August, the criminal defendant was arrested on charges of criminal property damage and willful obstruction of law enforcement officers by use of threats or violence, WAGA-TV reported.

Moreover, Hibbert was taken into custody on similar charges roughly two weeks later, the station reported. It’s unclear if his mother was linked to those crimes.

“I was really shocked by that,” neighbor Cameron Boyd told WAGA-TV of the Thanksgiving Day homicide. “I ain’t think [Hibbert] was really capable of doing something like that … It’s your mom and it’s on Thanksgiving, like that’s the crazier part.”

Florida woman accused of flying daughter, 12, to have sex with Georgia man