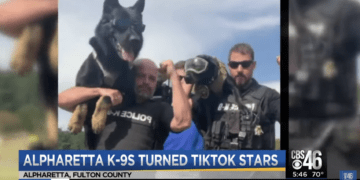 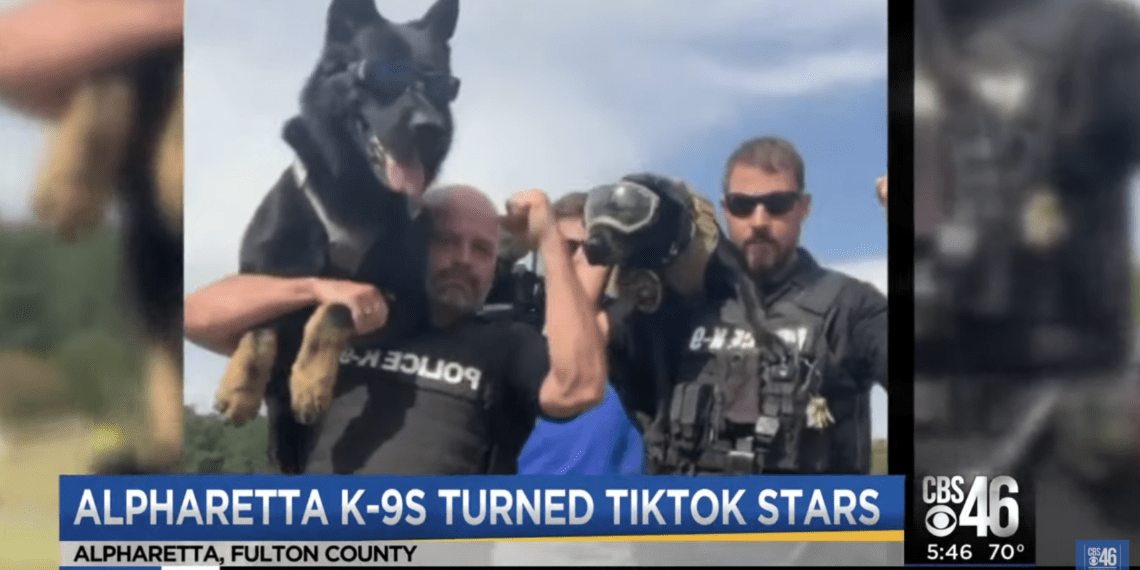 ALPHARETTA, Ga. — Who says cops don’t know how to have fun? A pair of police K9 handlers along with their four-legged partners in Georgia have become quite popular due to their recent social media outreach on TikTok.

K9 Mattis and K9 Raider, along with handlers Sgt. Mark Tappan and Ofcr. Phil Ritchey, have developed quite a following, according to CBS 46.

However, K9 Mattis and Sgt. Tappan had a bit of a head start after making a big splash on the television show, “America’s Top Dog,” Law Officer reported.

“The dog immediately created a bridge between police and community,” Tappan told CBS 46.

Ritchey says he’s humbled by how much Raider has been a positive influence on the digital community.

“I’ve had people message me who have had thoughts about potentially ending their life, and they were kind of on the edge, but Raider was keeping them going,” Officer Ritchey said. “You can’t put a value on that.”