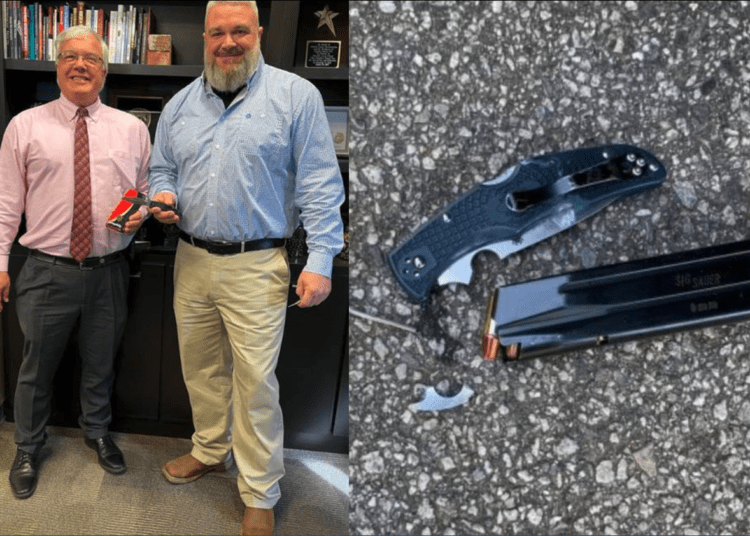 Investigator William Helton had his leg saved from traumatic injury thanks to his pocket knife. (Coweta County Sheriff's Office)

COWETA COUNTY, Ga. — A Georgia investigator who is assigned as a task force officer with the U.S. Marshals Service was shot in the leg by a murder suspect July 24. The round struck his pocket knife and likely saved his femur from shattering, according to attending physicians.

“When Investigator William Helton was shot in the line of duty on July 24, 2022, the bullet struck his pocketknife before entering his leg,” Coweta County Sheriff’s Office said on Facebook. “Emergency Room doctors told him if not for that deflection, the bullet may have completely shattered his femur.”

Murgado was wanted in connection to a homicide investigation in Pike County. He is accused of being involved in the murder of James Knight during a narcotics transaction. Two others are also implicated.

When task force officers entered the residence to arrest Murgado, the Georgia Bureau of Investigation said he shot at law enforcement personnel and struck Helton. 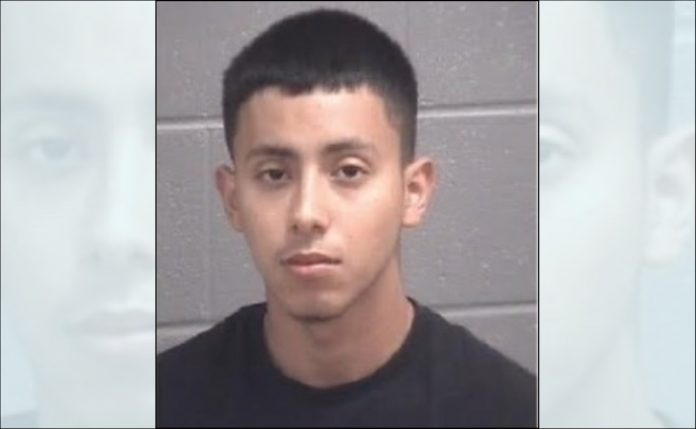 The brand of pocket knife carried by Helton was a Spyderco. The company sent a replacement knife to be presented to the wounded investigator as a sign of their appreciation for his service to the community, WSB-TV reported.

The Coweta County Sheriff’s Office said Helton was grateful for the outpouring of support and for the level of care he received. 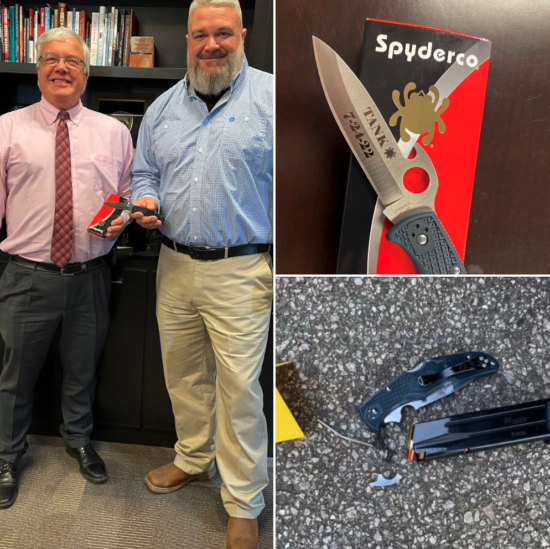 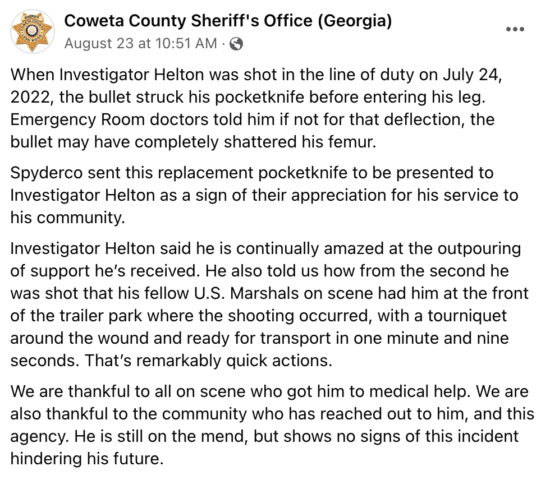 “Investigator Helton said he is continually amazed at the outpouring of support he’s received. He also told us how from the second he was shot that his fellow U.S. Marshals on scene had him at the front of the trailer park where the shooting occurred, with a tourniquet around the wound and ready for transport in one minute and nine seconds. That’s remarkably quick actions,” the sheriff’s office said.

“We are thankful to all on scene who got him to medical help. We are also thankful to the community that has reached out to him and this agency. He is still on the mend, but shows no signs of this incident hindering his future.”