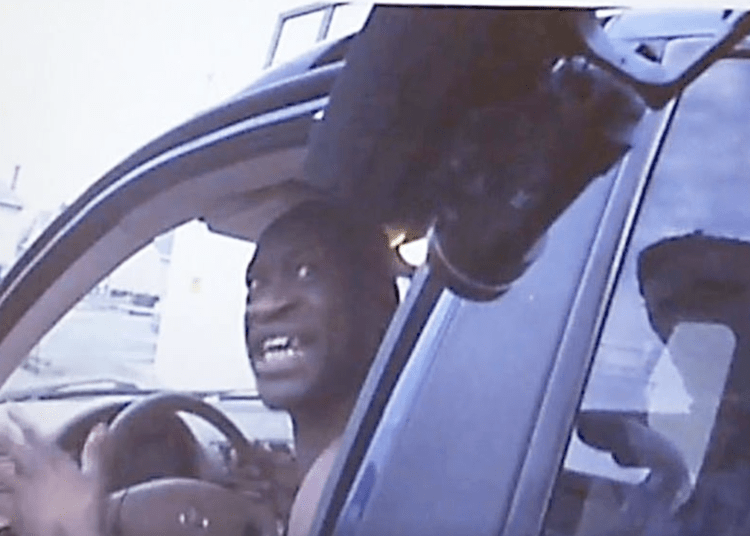 Portions of body-camera footage showing the custodial death of George Floyd in Minneapolis were leaked and published Monday, despite recording and public distribution of the videos being prohibited.

The footage was made available for viewing at the Hennepin County courthouse last month by appointment only.

But The Daily Mail said it exclusively obtained the May 25 footage from the body cameras of former rookie officers Thomas Lane and J Alexander Kueng. The video shows about 18 minutes from Kueng’s body cam and 10 minutes from Lane’s.

The pair were the first to arrive at the Cup Foods convenience store after a complaint that Floyd passed off a bogus $20 bill.

“The court is working with the Hennepin County Sheriff and investigating how the Daily Mail obtained copies of two video exhibits,” Bickett said.

Hennepin County District Judge Peter Cahill barred the videos from being viewed outside the courthouse despite opposition from media groups. He is presiding over the case involving now-former police officers Kueng, Lane, Tou Thau and Derek Chauvin.

The Daily Mail videos appear to have been recorded on a device while being played on a laptop. The Star Tribune said the courts have provided laptops to view the footage and require attendees to put away their personal electronic devices during viewing sessions.

The footage showed Lane pointing his firearm at Floyd and forcing him out of his vehicle.

Floyd resisted as the police tried to place him into the back of the car, telling them he suffers from claustrophobia and anxiety.

At one point Floyd is even heard saying, “I’ll probably just die this way.”

Transcripts from the videos were released in mid-July but a judge in Minneapolis had ruled the video could only be viewed in the courthouse, meaning few people have had the chance to watch the tape.