Gaining The Upper Hand – To Win The Fight

Action is faster than reaction 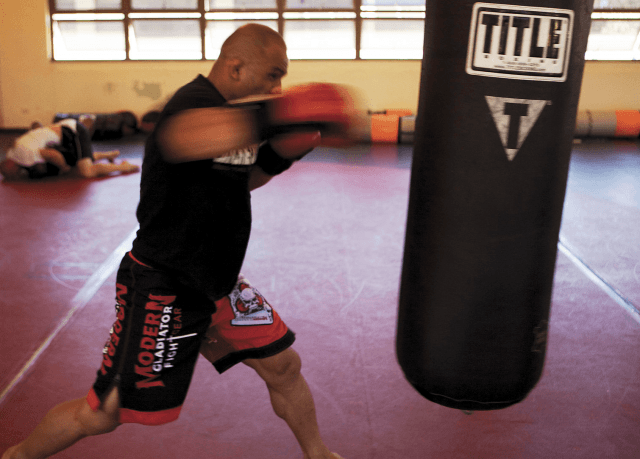 byMarc Ruskey
Share and speak up for justice, law & order...

Flashy martial arts moves are always entertaining, and skilled fighters with phenomenal hand speed are equally intriguing. What often gets attributed to being ‘fast’ when we consider how quick someone appears with their hands is actually their ability to map body movements, and their observation, reaction, and response times as a whole. Truth be told, even top fighters are restricted by human performance factors.  Hand speed alone isn’t enough to counter a close quarter surprise attack. The average punch, kick, blunt or edged weapon attack can be completed in under a quarter of a second. However, if you missed the tells, the average observation and time to begin a response to a stimulus is a quarter of a second, or more.

So, how do we gain the upper hand? While there is rarely just a single solution to any one problem, developing this one simple habit can be a lifesaver. No, this isn’t a ‘take this pill to burn off all your bodyfat so you’ll never have to exercise again,’ scheme. This concept doesn’t replace fitness, awareness, defensive tactics training, etc. However, it quite literally can be the difference between life and death in a close quarter ambush, especially against a slash or stab from an edged weapon that was intended for your head or neck.

Whether it be in a boxing match, UFC fight or amateur event, if there is a coach in the corner, you’ll likely hear one phrase being repeated – Get your hands up! Athletes performing in these arenas know they will be receiving a barrage of assaults, as it’s part of the competitive environment in which they participate. While that fighter may be exceptionally skilled, in top-notch shape and at the top of their game, their experienced coach is aware of age-old truths that can affect the outcome of any match; everyone has an off day, and action is faster than reaction.

As human performers, we may misjudge or lose objectivity of how quick we think we are, how tired we are, or we may not account for several variables that effect our performance. The coach on the other hand knows and can see the vulnerable positions of the fighter and will repeat – Get your hands up! Even if you underestimate your opponent, misjudge distance, or miss a cue or tell, having your hands up can often block or diminish an attack.

As cops, who are also subject to human performance factors, every face-to-face interaction we have bears risk of physical confrontation or assault. If you haven’t lately, review some bodycam/dashcam videos of physical assaults on officers and you’ll note two commonalities in officers who are successfully assaulted either with empty hands, or blunt or edged weapons; they often missed pre-attack indicators, and even more often, their hands were down at their sides.

So, if it’s vital for the fighter in the ring to have their hands up when they KNOW what’s about to happen, wouldn’t it be logical for cops to have their hands up when they DON’T KNOW what’s coming next? How do we do this without looking odd since an assault might not be apparent, or may not even occur? Talking with your hands can be that solution.

Make it a habit. Every time you are dealing with someone, and especially within arm’s reach of anyone, have your hands engaged somewhere near your upper abdominal area. Use your hands just as you see people do when they lecture or talk. It’s innocent, non-telling and passive. Traffic stops are no exception, having your hands up and engaged provides an option for forcing a weapon offline should a gun be pushed out the window at you. Or, while in close quarters speaking with anyone and they decide to launch for your head, you now have a head start and are already halfway there.

You may be thinking, isn’t this why we have the reactionary gap? Certainly! Again though, watch video footage of officers and take note how often the reactionary gap concept is violated. Sometimes for good reason, like if we anticipate someone getting ready to run from us and we close the gap to prepare. Engaging your hands and having them around your abdomen is beneficial for another reason, proximity to your duty belt. Should you need to access a tool off the duty belt in response to a sudden threat, your overall response time is improved from this simple tactic.

Finally, one last benefit from maintaining a hands-up position is that you may deter an assault altogether. If I’m the bad guy looking to throw a quick strike and flee, seeing your hands up in the way may be a deciding factor or signal to a bad guy that the chance of success is greatly narrowed. Even if you didn’t see the initial attack coming, your startle-flinch response is going to be faster and more successful from your improved position.

Marc Ruskey entered public safety in 2005, and has served as an FTO and patrol sergeant. Marc is an instructor in various topics, with a passion for law enforcement defensive tactics, having over 20 years in martial arts.

Kyle Rittenhouse Trial: Victim Testifies He Was Shot After He Pointed Gun