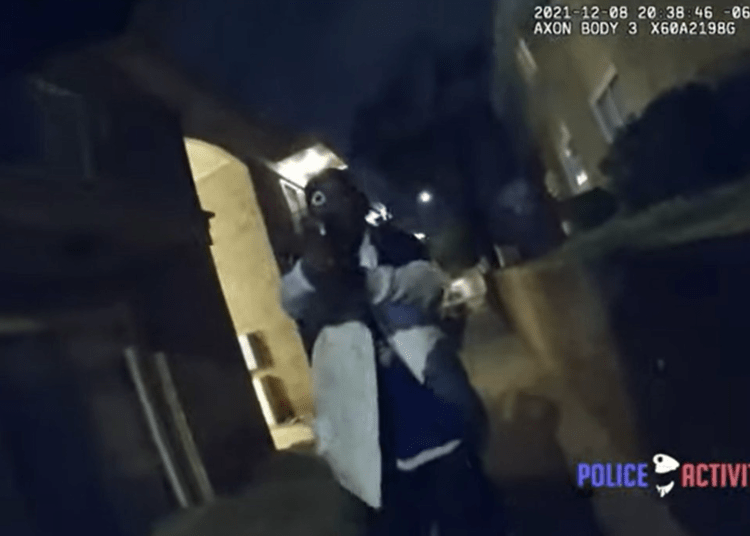 OKLAHOMA CITY, Okla. — The Oklahoma City Police Department released body-camera footage of an officer-involved shooting that happened on December 8, 2021. Police said Officer Andrew Ash responded to a disturbance call at an apartment complex in the 6300 block of NW 63rd Street just after 8 p.m. Upon arrival, police said Officer Ash came into contact with the suspect, 40-year-old Antwon Hill in a breezeway at the complex. Not long after, police said Hill reached into his pocket and then pointed a pistol at Officer Ash.

This is really intense body camera video from Oklahoma City Police. Shows suspect pointing gun at and threatening officer. Officer appears to engage in de-escalation technique. Neither the suspect or officers were hurt.

Upon Officer Ash discharging his weapon, Hill fled into an apartment and later surrendered to officers. Hill was not injured.

But it was prior to the shooting that should trouble law enforcement.

Travis Yates is the developer and lead instructor for “Seconds For Survival,”  and author of “The Courageous Police Leader.” After reviewing the video, he tells us that there were several signs that indicated extreme danger for the officer that included body language, verbal cues and and a declaration that the attack was imminent.

With ambushes on law enforcement at at all-time high, we asked Yates what could be causing hesitation by officers. While he did not want to comment on this specific case, Yates said it’s obvious from speaking to law enforcement across the country that the political environment, including rogue prosecutors, has law enforcement “very timid” in not only doing their job but placing themselves in unsafe positions that would have never happened in years past.

“One thing I want to make clear about this video. This is not de-escalation and I have no doubt that some may even praise the officer for their actions here by calling it a ‘de-escalation’ tactic. Law enforcement is not taught to de-escalate at a point where their life is at more risk and if they are, they should run away from that sort of training and mindset,” Yates said.