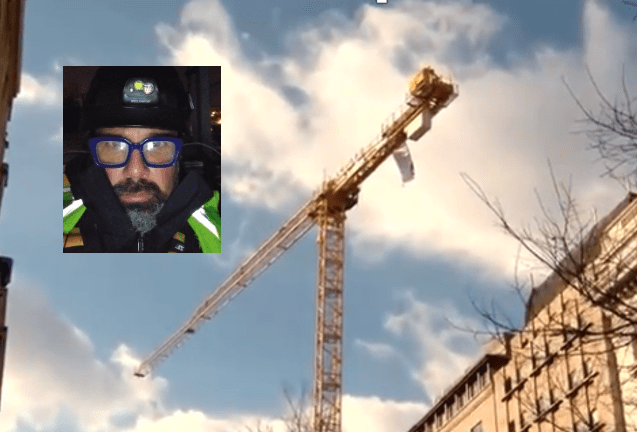 WASHINGTON – On the fourth anniversary of the massacre at Marjory Stoneman Douglas High School in Parkland, Fla., the father of one of the 17 victims slaughtered by gunman Nikolas Cruz climbed a 150-foot crane near the White House early Monday to protest President Joe Biden and demand action.

The father was identified as Manuel Oliver whose 17-year-old son Joaquin was murdered in the mass shooting. Oliver unfurled a giant poster directed at the White House and posted video footage from atop the giant crane with a message for Biden, the New York Post reported.

“I asked for a meeting with Joe Biden a month ago. Never got that meeting. So now I’m back with Joaquin,” he said in the video clip, saying it was “so the whole world will listen to Joaquin today.”

In a separate tweet, he commented about trying to meet with Biden in December, when he reportedly spent three weeks outside the White House in a failed effort to talk to the president.

“Today GUAC is with me making [his] own statement!” Oliver wrote, using his nickname for his son.

“So the whole nation can judge our reality. 150 feet high in front of the WH. Peaceful action. Police is on the ground.”

I was in DC on December asking to meet @POTUS . Today GUAC is with me making he's own statement! So the whole nation can judge our reality . 150 feet high in front of the WH. Peaceful action. Police is on the ground! pic.twitter.com/xwlvm2pGPi

“But again, Happy Valentine’s,” he said. “To all of you from Joaquin Oliver.”

During the protest atop the crane, his wife, Patricia Padauy-Oliver, tweeted a video from below addressed to “Mr. Biden.”

“My husband is up there on the crane representing our son, Joaquin, with a big banner with a message on it. Please pay attention,” she said.

“We are demanding action from your side because we haven’t seen a difference due to gun violence,” she said. “Please take action.”

My husband and Joaquin’s father @manueloliver00 is up on a crane near @WhiteHouse with a message. Joaquin Is talking to you and America today: do everything and anything in your power to reduce gun deaths. https://t.co/16wga4AwaA pic.twitter.com/l3906bSSne

Law enforcement authorities cordoned off the area. Oliver was eventually seen descending with someone else, according to ABC 7 News.

Once the father was back on the ground, he was taken away in handcuffs and led to an ambulance by officers, the news outlet reported.

Meanwhile, the president tweeted about the anniversary of the massacre.

“Today we mourn with the Parkland families whose lives were upended and stand with those working to end the epidemic of gun violence. Congress must act,” he tweeted.

On February 14th, 2018, a gunman stole the lives of 14 students and 3 educators at Marjory Stoneman Douglas High School. Today we mourn with the Parkland families whose lives were upended and stand with those working to end the epidemic of gun violence. Congress must act.

The Olivers previously spoke to the Washington Post about their frustrations after spending several weeks camped outside the White House without getting to see Biden.

“President Biden should be very offended by what’s going on under his watch in the country,” Manuel said at the time. 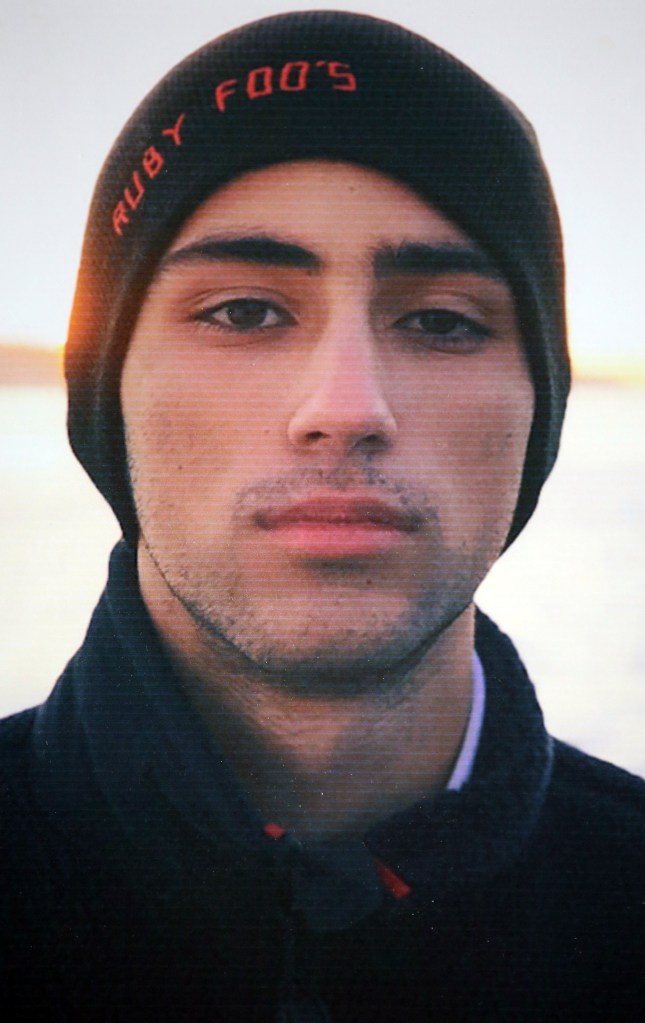 “And so far, we’d rather do that than just build a memorial for our son. No. This is the memorial: everyday actions.”

Cruz pleaded guilty in October to 17 counts of first-degree murder and 17 counts of attempted murder in connection with the massacre.

The agreement allows the defendant to circumvent an emotional trial and proceed to the sentencing phase, which would be decided by a jury.

According to the New York Post, the penalty trial has been delayed until April after prosecutors said they needed more time to interview the mental health experts who are expected to testify on his behalf.