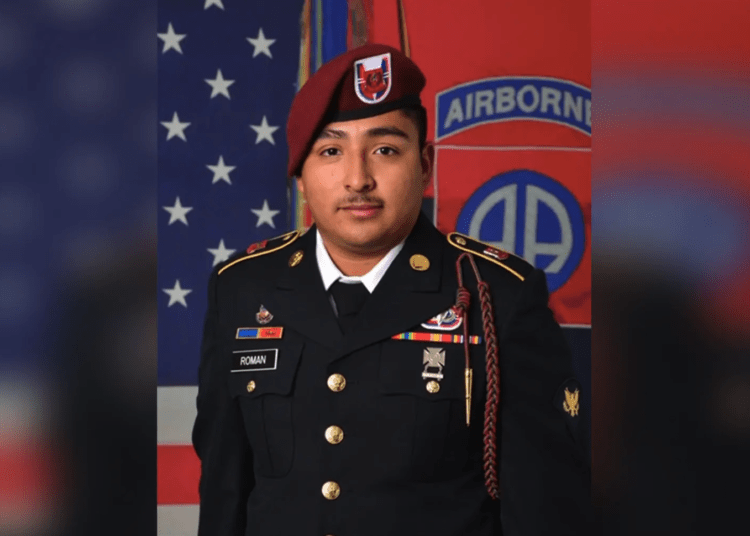 The body of Spc. Enrique Roman-Martinez has never been recovered. (US Army)

FORT BRAGG, N.C. – Seven soldiers face a court martial for a slew of misconduct charges after camping with a Fort Bragg paratrooper whose severed head washed ashore on a beach, according to reports.

The soldiers were the last to see Spc. Enrique Roman-Martinez, 21, during their trip to Cape Lookout National Seashore in North Carolina for Memorial Day weekend in May 2020, the New York Post reported.

Roman-Martinez, who hailed from California, was reported missing on May 22. Although his body was never recovered, the soldier’s head washed up on shore six days later.

A spokeswoman for the Army Criminal Investigation Division said the file has been moved to “cold case status,” although a $50,000 reward remains in place.

The seven soldiers facing courts-martial are for charges not directly related to the homicide, officials emphasized. Thus far, no one has been found culpable with Roman-Martinez’ death.

Instead, the soldiers in question have been charged with failure to obey a direct order or regulation related to travel during a travel ban and conspiracy, the Fayetteville Observer reported, citing court records.

Moreover, three of the soldiers, — Becerra, Cochell and Landrum — are also charged with using LSD, the paper noted. Other charges include making false statements and disobeying a superior.

The men have been arraigned. Their trials are scheduled at various times from May to September, the Post reported.

Griselda Martinez said her brother enlisted in the Army because “all he wanted was to do good in his life,” CBS Los Angeles previously reported in August 2020.

“And this is what happened to him? We only have a part of him, that’s it,” she said. “This is not right. This should never have happened to my brother.”