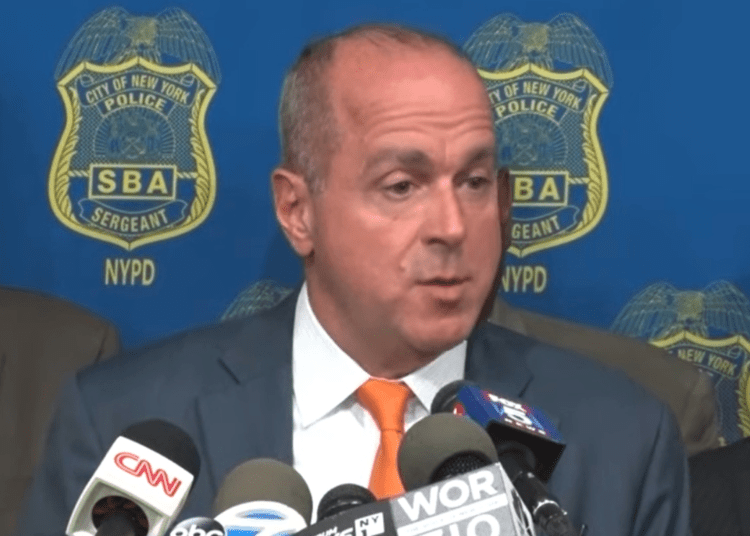 Ed Mullins surrendered Wednesday morning to FBI agents. He pleaded not guilty in Manhattan federal court Wednesday afternoon and was silent as he left the courthouse on $250,000 bond. His travel is limited to the lower New York State area, the New York Post reported.

The former head of the NYPD’s Sergeants Benevolent Association is accused of embezzling hundreds of thousands of dollars from the union to fund his “lavish lifestyle,” federal authorities said Wednesday.

Mullins, 60, allegedly charged hundreds of personal high-end meals to the union since 2017 and used members’ dues to pay for jewelry, clothing and home appliances, according to federal prosecutors.

Moreover, the former police union leader is accused of paying for a relative’s college, according to the charges.

“As alleged, Edward Mullins, the former President of the SBA, abused his position of trust and authority to fund a lavish lifestyle that was paid for by the monthly dues of the thousands of hard-working Sergeants of the NYPD,” Damian Williams, US Attorney for the Southern District, said.

In total since 2017, Mullins submitted more than $1 million in expense reports, the bulk of which was allegedly illegally obtained, feds say.

NEW YORK – The former leader of the Sergeants Benevolent Association at NYPD is expected to surrender to authorities on Wednesday over allegations of misappropriation of union funds, the New York Post reported.

His resignation with the SBA was announced in an email to union members hours after the FBI conducted their search last year, Law Officer reported at the time.

“Given the severity of this matter and the uncertainty of its outcome, the SBA Executive Board has requested that President Mullins resign from his position as SBA President,” the email said.

Details of the investigation have been sparse since agents were seen on Oct. 5, 2021, hauling files from Mullins’ residence in Port Washington and the SBA offices in Lower Manhattan.

According to the Post, federal sources have only said the raid was connected to alleged theft of SBA funds.