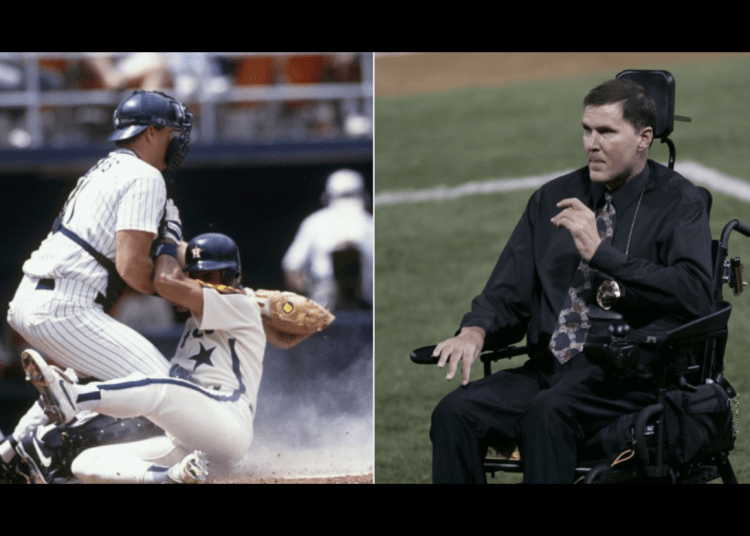 SAN DIEGO – A former Major League Baseball player for the San Diego Padres who became a police officer that paralyzed from the neck down 17 years ago during an on-duty shooting died Thursday.

Dan Walters’ death was announced by the San Diego Police Officers Association. The cause of death was not provided. He was 53, Fox News reported.

Walters was a catcher drafted by the Houston Astros in 1984 before eventually playing in the 1992 and 1993 seasons for the Padres. A spinal injury ended his career. During his brief tenure of 84 games at the major league level, he had 64 hits in 273 at-bats, with a .234 batting average.

We are deeply saddened to hear of the passing of former Padres catcher and San Diego Police Department officer, Dan Walters. Our thoughts are with Dan’s family. pic.twitter.com/o9CnZbbKjy

Yet, following his baseball career, he became a San Diego police officer in 1998.

As a five-year law enforcement veteran in 2003, Walters was shot in the neck. The shooting occurred during a traffic stop of a domestic violence suspect.

Once he was shot, Walters fell to the street, where a passing vehicle hit him, leaving him with two crushed cervical vertebrae. The gunman was shot and killed by his partner.

Today we rendered honors to our brother, Officer Dan Walters who died today as a result of injuries sustained on-duty in 2003.

We are thankful for Dan and his legacy of continuing on despite the circumstances life presented to him.

Our department will never forget you Dan. pic.twitter.com/ICIUuHDnLu

As a result of the calamity, Walters was paralyzed from the neck down except for some slight movement in his left hand.

“I certainly don’t regret being at the scene that night,” he said. “Perhaps people were saved because I happened to be there.”

The San Diego Police Department said it lost “another hero who made the ultimate sacrifice.”

The Padres are “deeply saddened” to hear of Walters’ death, the team tweeted.