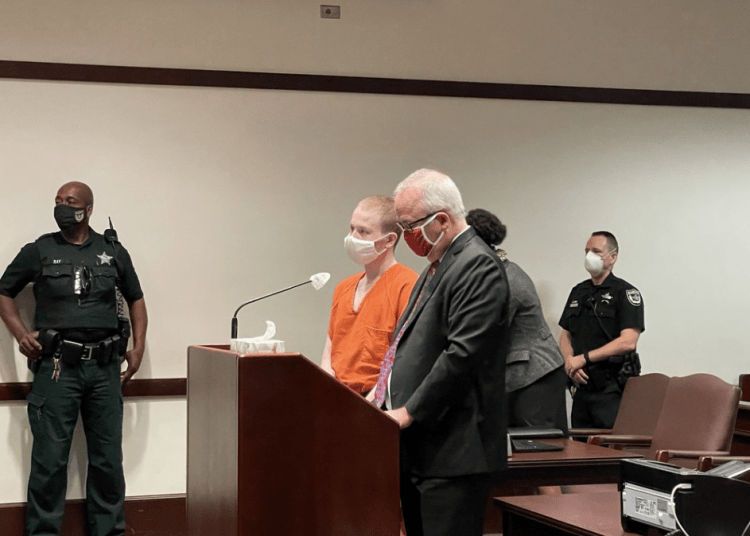 Gregory Ramos, 17, is sentenced to 45 years in prison for murdering his mother when he was 15. (Twitter)

VOLUSIA COUNTY, Fla. — A Florida teenager who authorities say killed his mother when he was 15 after an argument about his school grades was sentenced Friday to 45 years in prison. Gregory Ramos, now 17, pleaded guilty to first-degree murder last month in the strangling death of Gail Cleavenger, 46, in 2018.

After he murdered his mother, he buried the body beneath a burn pit at a nearby church and reported her missing after staging a burglary at their home, authorities have said, according to FOX 35 in Orlando.

Volusia County Sheriff Mike Chitwood called Ramos one of the “top three sociopaths” he had met in his life shortly after his arrest, saying Ramos showed no remorse and bragged about trying to cover up the murder.

Investigators said Ramos claimed it took 30 minutes for his mother to die, according to WKMG-TV.

“To watch how cold and callous and calculating he was, I think was probably the most shocking thing for all of us,” Chitwood told WKMG. “No sign of remorse whatsoever.”

Gregory Ramos after his 2018 arrest for murdering his mother. (Volusia County Sheriff’s Office)

Ramos was more contrite at his sentencing, according to reports.

“I refuse to make excuses for myself. I can only plead for forgiveness,” Ramos told the court, according to FOX 35. “Because of my actions, I’ll never get to truly know my mom. Not only have I stolen my mother from myself, but from everybody else as well.”

He said he was there to “honor” his mother.

At the sentencing, his aunt said the last two years had been “extremely difficult” for their family.

“This has broken us in ways that I did not think possible to break,” she said, FOX 35 reported.

His sentence can be reviewed by a judge after 25 years. Once he’s released from prison he will spend the rest of his life on probation.

Grandmother of Gregory Ramos asked the judge to say goodbye. She’s praying in front of him as he prepares to go to prison. @news6wkmg pic.twitter.com/IEvjI6w8TT

Ramos could have faced life in prison because he was charged as an adult. However, his sentence was reduced through a plea deal, WKMG reported.

Two of Ramos’ 17-year-old friends were also charged as acting as accessories to first-degree murder.