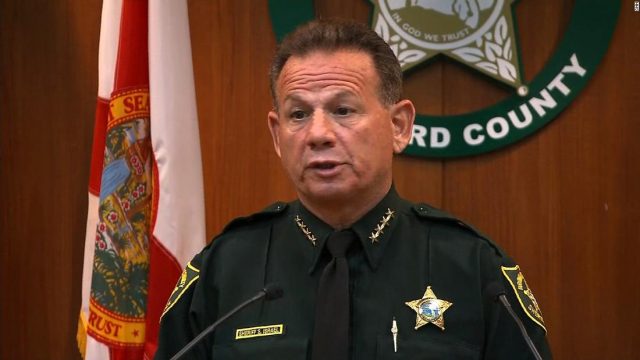 According to FOX News, the state’s highest court said DeSantis was within his rights when he suspended Israel from the Broward post in January. Nevertheless, the justices noted that, under the Florida Constitution, the state Senate is responsible for deciding whether the removal should be permanent.

“Today’s Florida Supreme Court opinion leaves no doubt of my authority as governor to suspend a government official for neglect of duty and incompetence,” DeSantis said in a statement shortly after the decision was handed down. “Scott Israel failed in his duties to protect the families and students of Broward County, and the time for delay tactics is at an end. I look forward to the Florida Senate resuming the process of formal removal.”

The next hearing on the matter is scheduled for May 28, according to the Associated Press.

During legal arguments before the court, Israel’s lawyers tried to make the case that DeSantis overstepped his constitutional authority and interfered with the public’s right to elect the sheriff. Furthermore, he intends to challenge the suspension in the Florida Senate, his lawyer said.

“With today’s ruling, local elected officials now need to be aware of the potential for governor overreach when discharging their duties,” Israel’s attorney Ben Kuehne said.

Israel was widely criticized for his leadership following the high school shooting massacre. People called for his ouster and the largest deputy association made their opinion known. In April 2018, one union representing about 1300 deputies and sergeants had 628 members cast a vote. They voted 534 – 94 that they did not have confidence in Israel, sending a strong message to the BSO leader, reported CBS Miami.

The heat on Israel increased after inquiries revealed the sheriff’s office received—and disregarded—calls in 2016 and 2017 warning that Nikolas Cruz, who carried out the bloodbath, was a potential school shooter. Deputies also had about 20 contacts with Cruz as a juvenile—mostly due to arguments with his now-deceased mother.

Israel has said none of those contacts warranted an arrest. Law enforcement members of the state commission investigating the shooting have agreed with that conclusion.