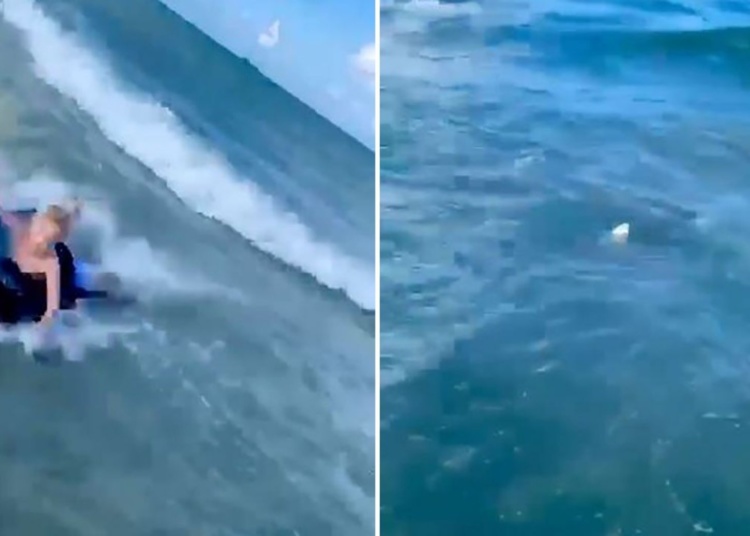 An off-duty Florida police officer jumped into the ocean to pull a boy to safety after a shark was spotted swimming toward the child.

Fox News reports that Cocoa Beach Police Officer Adrian Kosicki was walking along the beach with his wife on Thursday when they noticed a shark approaching the boy in the shallows just offshore, police wrote on Facebook.

A bystander filmed the video showing a shark fin cutting through the water’s surface as it swims toward the boy.

“Hey buddy! Hey, there’s a shark right there,” an onlooker says before another shouts, “There he is!”

Kosicki jumped into the water and grabbed hold of the boy, dragging him through the surf toward shore as the shark swam “dangerously close.” Kosicki and the boy reached the safety of the beach as the shark swam within just feet of them.

“We’re certainly not marine biologists, educated and trained to differentiate between the various species of sharks, their respective feeding habits and aggressiveness near swimmers,” police wrote on Facebook. “We just do what we do best — protect the public from harm.”

Brevard County, where Cocoa Beach is located, has Florida’s second highest number of shark attacks behind Volusia County, according to the paper. Volusia County, home to Daytona Beach and New Smyrna Beach, is known as the shark bite capital of the world.