The Sniper Used a .50 Caliber Rifle 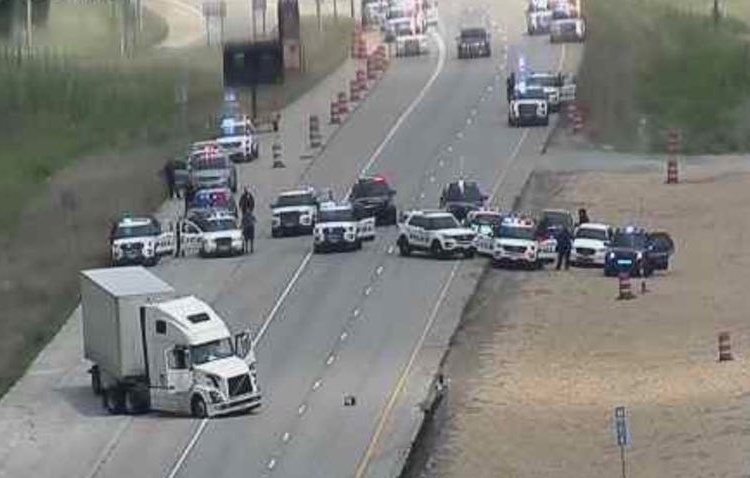 Ohio Police chased a semi-truck for three hours on Saturday and just when you thought you had seen it all, a police sniper has a story to tell for life.

To end the pursuit, a Cincinnati SWAT sniper used a .50 caliber rifle to shoot and disable the semi’s engine.

Before that SWAT Operator became a legend, the pursuit began after reports of a reckless driver started in Butler County around 1 p.m. When officers attempted to initiate a traffic stop, the semi tractor-trailer fled towards Cincinnati.

According to Cincinnati.com, officers soon became aware that the driver’s wife was being held hostage in the vehicle. The driver was potentially armed with a knife or firearm and threatened to harm his wife.

During the pursuit, the suspect threatened to shoot at police multiple times and swerved at police who deployed stop sticks to deflate the truck’s tires. 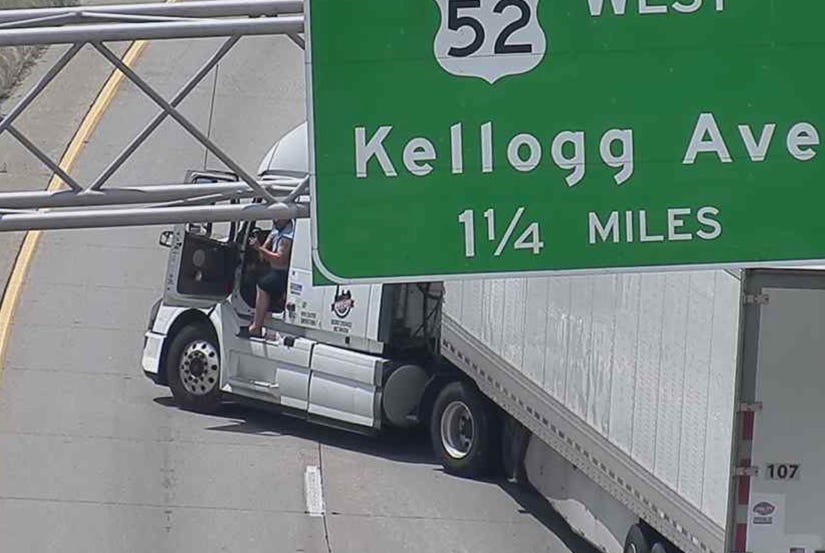 Two hours into the pursuit, the driver unhooked the trailer from the truck as multiple police cars and a SWAT team continued the pursuit.

The suspect drove in reverse at 60 mph towards officers on several occasions.

As the suspect drove the wrong way on eastbound I-275, toward the U.S. Route 52 interchange, a Cincinnati SWAT sniper used a .50 caliber rifle to shoot and disable the semi’s engine.

High Fives couldn’t start yet as the suspect held himself at knifepoint when police approached. After police used a Taser and Foam Baton on the suspect, he was taken into custody.

Police in Pursuit of Armed Driver with Hostage (West End, Cincinnati) ? Live on @CitizenApp https://t.co/UKhyz2Xy8V now why would he have a ducks attack at work ? ? day for the semi man ?

His wife had been released prior to that.

Cincinnati police, the Ohio Highway Patrol and Hamilton County deputies were all involved in the chase.

It is unknown how the suspect, believed to be from out of state, obtained the truck.

Share and speak up for justice, law & order...
Tags: EVOCEVOCNewspursuitsemisnipertactics