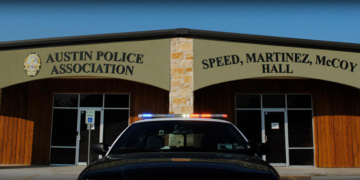 He is telling his members, representing the Austin Police Department, to only respond to the calls they are assigned to.

Casaday believes it is time for officers to stop actively enforcing non-violent crimes because that’s what city leaders and the public seem to want.

“The public just voted to put in someone to the district attorney’s office that ran on prosecuting police and not prosecuting drug crimes, or hardly any other crimes, so that spoke very loud and clear what the citizens of Travis County want,” said Casaday.

Garza’s campaign sent a statement in response that reads, “This week, the people of Travis County overwhelmingly voted for bold and necessary change to a broken criminal justice system that weighs most heavily on working people and people of color. They understand that we should implement smarter solutions to support the health and safety of our community. Jose looks forward to collaborating with the many hard-working officers who are dedicated to promoting public safety, including solving and prosecuting the cases that cause serious harm in this community.”

Casaday said if the public and city leaders want officers to do less law enforcement and more responding, then that’s what they should get.

“We’ll respond to our calls, we’ll handle our calls. The mayor doesn’t want us doing traffic, so we don’t need to be stopping people for speeding and running red lights. They’ve become very clear. That’s what they want,” said Casaday.

Austin Police Chief Brian Manley said that the statement by the Association is not coming from him.

In a statement, the chief writes, “The expectation from our department is that APD officers will continue to address violations they observe and take appropriate enforcement action as dictated by policy.”

Chief Manley said he does not believe the city or the community wants officers to stop proactive policing.