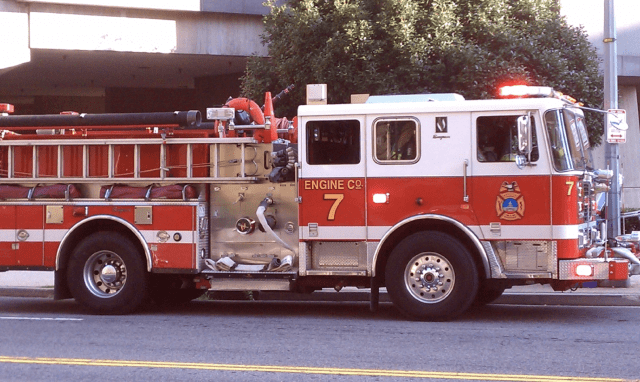 WASHINGTON – Three people are facing criminal charges after clashing with police early Sunday morning inside a D.C. pizza shop, and two of them are firefighters.

NBC Washington reported that two of the three were off-duty D.C. firefighters. As a result, they have been placed on administrative leave.

According to court documents, Courtney Barnes, 36, pushed, struck and kicked three police officers while Kimberly Gorham, 26, punched an officer and scratched another on the neck.

Moreover, a third person, identified as Derrick Barkley, 37, is accused of repeatedly trying to punch a police officer, reported WTOP.

The court documents indicate that the scuffle broke out after the three complied with a request that they leave the restaurant on the 1200 block of Connecticut Avenue NW.

However, the documents say the trio returned to confront the police officers.

Barnes allegedly told officers, “I hope that y’all take a bullet to the head because I’m not going to revive you,” prior to the dustup.

The documents provide no information as to what led to the disturbance, although words attributed to Barnes did nothing to calm things down. All three people were charged with assault on a police officer and resisting arrest.

Barnes joined the department in 2007 and was assigned to Engine Company 23.

Gorham joined the department in 2016. She was also assigned to Engine Company 23.

DC Police Officer Charged With DUI While on Duty