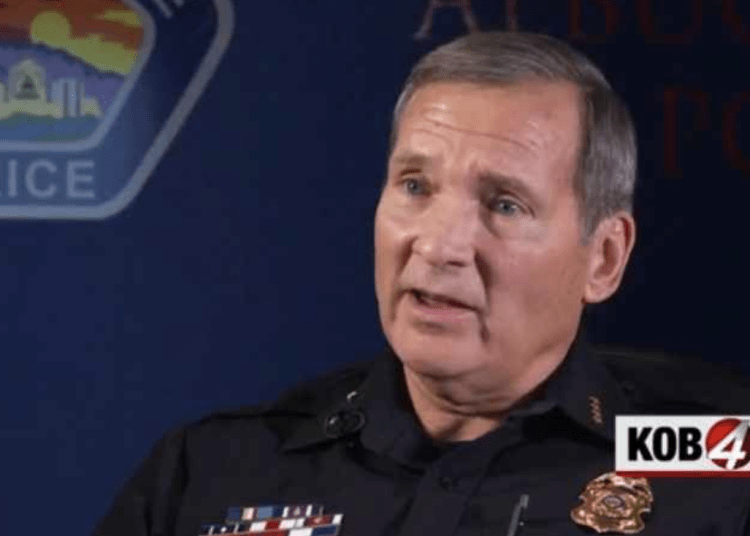 ALBUQUERQUE, N.M.  — Albuquerque’s former police chief — who retired in September 2020 after reportedly being pushed out — is accusing city leaders of violating open record laws and a state statute meant to protect whistleblowers.

After Geier was forced into retirement last fall, Keller defended the decision to appoint a new chief.

Geier’s departure did not seem to bother the Albuquerque Police Union, according to a report last year.

“I’ll tell you, we are looking at this as a very positive move in the right direction,” said Det. Shaun Willougbhy, APOA president.

Once Geier was removed from office, he unloaded and told more of the story, according to KOB4.

“This is where things kind of went bad. (Interim Chief Harold) Medina wanted his agenda, he wanted to be chief, he made that clear from way back,” Geier said. “At some point he convinced the mayor that the dog and pony shows were where it’s at.”

Geier said Medina, who was deputy chief before being promoted to interim chief, and Keller often met privately without him. Geier believes the two conspired against him so Medina could be his replacement, the news outlet reported.

“People came and warned me,” Geier said. “In my last month, people were warning me, ‘be careful, he’s going to do this.'”

Geier said a few days after he tried changing Medina’s duties, Keller asked to meet at a park. That’s when Geier said Keller told him his time with APD was up.

Ultimately, Geier claimed the mayor did not express dissatisfaction with the way he was doing his job and the forced removal came as a surprise.

“I felt blindsided, but when it came to fruition, now looking back, I see the signs were all there,” Geier said. “He never gave me that.”

Man sentenced to 30 years for murder of tribal officer