Ex-Officer Testifies During His Murder Trial: “My mind was like spaghetti” 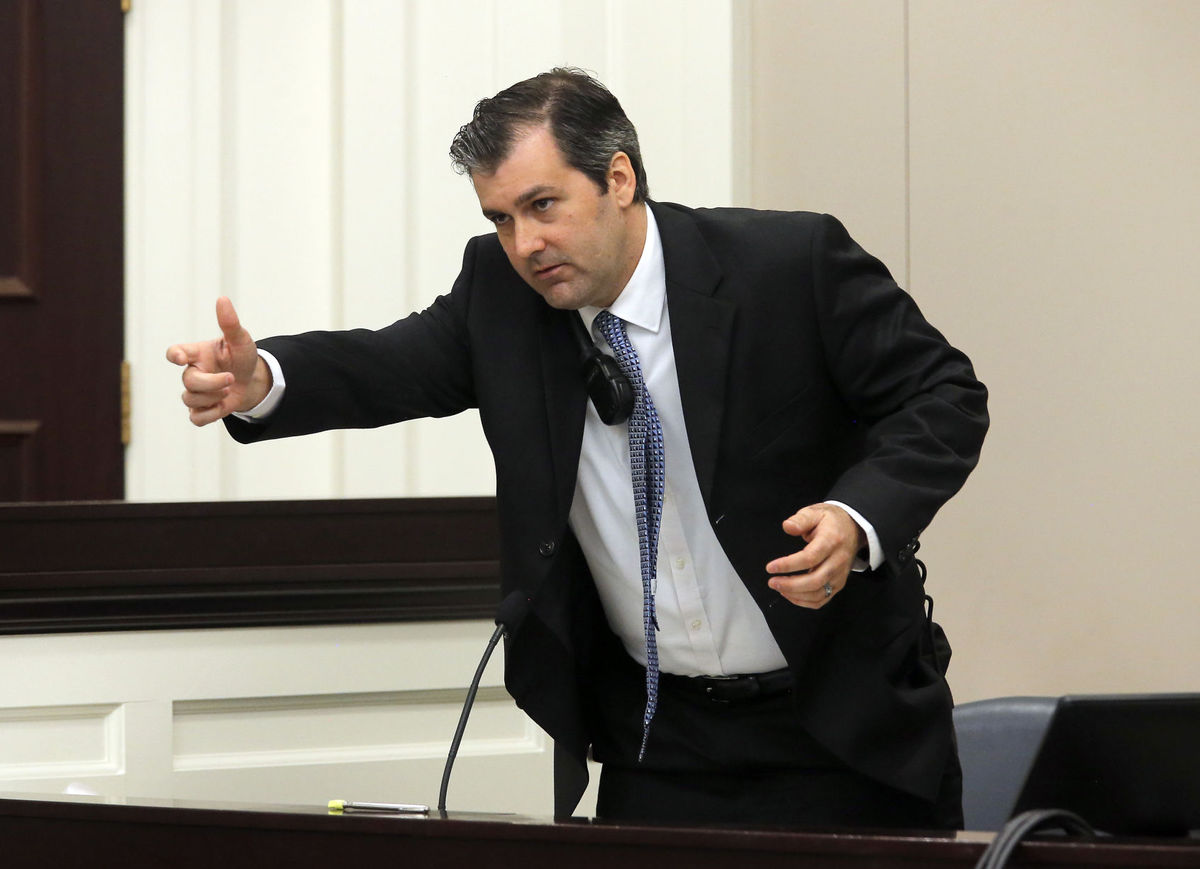 During his murder trial for shooting and killing fleeing motorist Walter Scott, former North Charleston police officer Michael Slager testified that he was in “total fear” after Scott grabbed his Taser—and that “my mind was like spaghetti,” according to news reports from The Post and Courier.

The trial of former officer Slager stems from an April 4, 2015 incident, that was recorded by an eye-witness and shared across social media (often with emphasis highlighting the difference in race between the two men involved).

The incident unfolded when Slager stopped Scott for a broken tail-light. Slager testified that he was preparing to write Scott a warning, when Scott suddenly ran from his car.

Slager chased Scott and caught up with him. Slager then fired fired both dart sets and then “dry stunned” Scott. In total, then-officer Slager used his Taser against Scott a total of three times.

Yet despite being hit with a Taser three times, Scott took the officer’s Taser from his hands.

And it was in that moment that former-officer Slager testified, “I was in total fear that Mr. Scott didn’t stop and continued to come towards me.”

Slager’s Police Training: “I fired until the threat was stopped like I am trained to do”

Slager also testified that, “At that time, I pulled my firearm (from the holster) and I pulled the trigger.”

In citing his police training, Slager testified: “I fired until the threat was stopped like I am trained to do.”

But when asked by his defense attorney if he would do what he did on April 4, 2015 again, Slager testified: “that’s a hard question to answer” and noted that he had to “make a split-second decision” when Scott grabbed his Taser from him.

In hindsight, Slager testified that knowing what he knows now, he would not have initiated a foot pursuit and chased after Scott: “Absolutely not. I would have called for backup,” Slager testified.

At the time of this LawOfficer.com news report, Slager’s defense had rested their case.

Watch the courtroom video of Slager’s testimony and “spaghetti” remark.