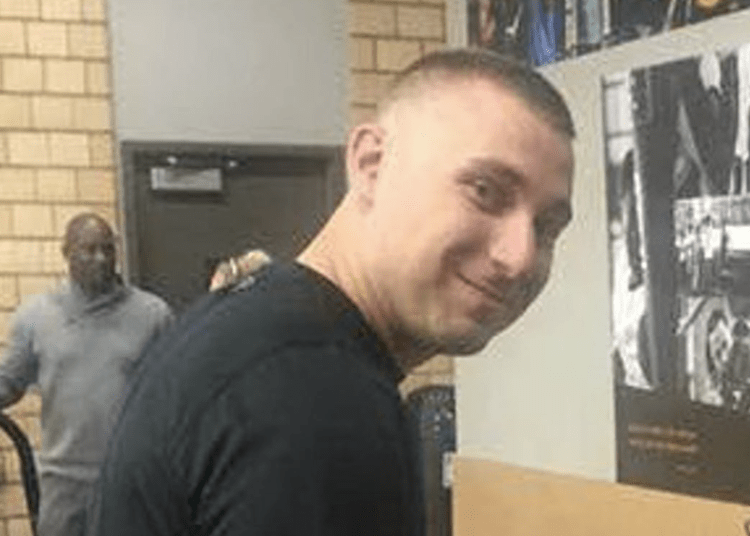 Ty Jindra most recently worked as a patrol officer in the North Side 4th Precinct. (Minneapolis Police Activities League)

MINNEAPOLIS — An ex-Minneapolis police officer has been indicted on 11 counts alleging that he abused his position as a street cop to steal meth, heroin, oxycodone and other drugs for personal use during the course of his duties.

In one case, the charges say, Jindra stole heroin and meth from the scene of an overdose call, according to the report.

Jindra appeared in U.S. District Court in St. Paul Friday afternoon on six counts of acquiring controlled substances by deception, two counts of extortion under color of official right and three counts of deprivation of rights under color of law. Appearing alongside his attorney, Peter Wold, Jindra pleaded not guilty to all counts.

“I’ve been working with Ty for a year now. He’s a good man. He’s presumed innocent. And that’s the whole story,” Wold said after the hearing.

Minneapolis Police Department spokesman John Elder confirmed that Jindra was no longer employed by the agency as of Oct. 23. He began with the department in 2013.

Elder declined to comment on the case. Moreover, the Minneapolis Police Federation has not made a statement.

The Star Tribune reported in February that Jindra had been placed on paid leave while under federal criminal investigation the previous fall.

Jindra came to the attention of department officials after being named in three excessive force complaints in a short span of time, sources familiar with the investigation said.

In the process, the department also reviewed footage that appeared to show Jindra pulling a small quantity of what appeared to be drugs from his backpack, a source said.

The charges say Jindra found ways to hide his behavior from his partner and other police officers, such as placing the contraband into his gloved hand, folding the latex glove over the drugs and then stashing them in his personal duty bag or some other location inside the police unit.

Furthermore, Jindra turned off his body-worn camera at opportune moments during searches and failed to disclose key details in police reports, such as the seizure of pills he stashed away for personal use, according to the charges. He told his partner he planned to dispose of meth that he kept for his own use, Star Tribune reported.

Jindra made his first court appearance Friday, via video, in front of Magistrate Judge Becky Thorson. Assistant U.S. District Attorney Amber Brennan said in court that Jindra voluntarily surrendered on the indictment Friday. Brennan didn’t ask for Jindra to be detained in jail pending trial, saying he has known he’s been under investigation for the past year.

Jindra comes from a police family. His brother is a Brooklyn Park police officer, and his father, Jeff Jindra, retired from the Minneapolis Police Department in 2015 after a long career in which he received numerous awards.