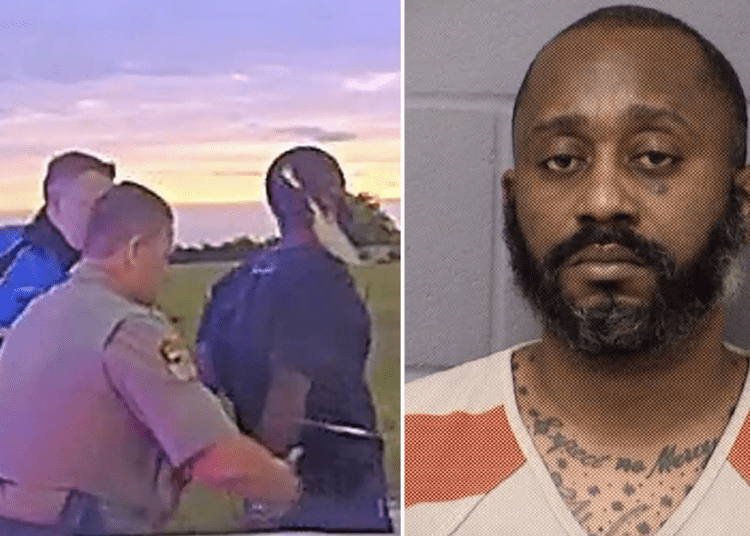 AUSTIN, Texas — Stephen Broderick, the former sheriff’s detective charged with killing three people, including his estranged wife and teenage daughter in Austin on Sunday, was accused by his wife in a protective order of raping their teenage daughter and she warned that he was dangerous and said the family did not feel safe, according to court documents obtained by Fox News.

The stunning allegations were outlined in a protective order that Amanda Broderick, 35, filed in a Travis County court on June 25, 2020 — about three weeks after the alleged rape occurred.

In the protective order, Amanda alleged that her daughter approached her on June 3 and said her father, Stephen Broderick, “had been inappropriately touching her.”

Amanda said she took the girl to a children’s hospital where they performed a Sexual Assault Forensic Exam (SAFE) and alerted police. Moreover, the teenager said her father had raped her on other occasions.

“I’m afraid he will try to hurt me or [the] children, because these allegations have come out and he may lose his career,” Amanda wrote. “Stephen has prior military experience and is SWAT trained. If he wanted to hurt someone, he would know how.”

Three days after the alleged rape, U.S. Marshals arrested Broderick. Broderick, who at the time was a Travis County Sheriff’s Office detective, was placed on administrative leave, according to an arrest affidavit cited by KXAN.

He spent 16 days in jail before posting a bail of $50,000. A court then ordered Broderick to not contact or go within 200 feet of the teen, and to wear a GPS tracking device. Broderick’s bail conditions also reportedly prohibited him from possessing any firearms.

In the protective order, Broderick’s daughter wrote that she “felt safe after my dad had been arrested and he was in jail, but now that he’s out I don’t … feel safe.”

“I’m afraid that to him, a protective order will be just a piece of paper,” the teen wrote. “I’m worried that he’ll come after my family and try to take my brother. I’m afraid he might hurt me or my mom for coming forward.”

The news outlet, citing a written motion to the court from Broderick’s lawyer, said the attorney argued that his client wore the electronic monitor for nearly 150 days with no substantial violations, justifying its removal.

Broderick was arrested early Monday morning less than 24 hours after allegedly shooting his ex-wife, their daughter, and the daughter’s boyfriend Sunday afternoon.

Police said Broderick was meeting Amanda at Great Hills Trail and Rain Creek Parkway in northwest Austin for a scheduled visit with the couple’s son when a collision occurred and Broderick fired shots, killing all three victims, before fleeing the scene, police said in a press release.

Police initially said the shooting might have stemmed from a domestic dispute but did not elaborate. The couple was going through a divorce, according to the Austin American-Statesman, though police referred to Broderick as Amanda’s “former husband.”

The couple’s son, who police have not identified, was present during the shooting but was unharmed, police said. He was later located away from the scene, Fox reported.

Responding officers found the three victims with gunshot wounds lying near two vehicles that appeared to have been involved in a crash, police said. They were pronounced dead at the scene.