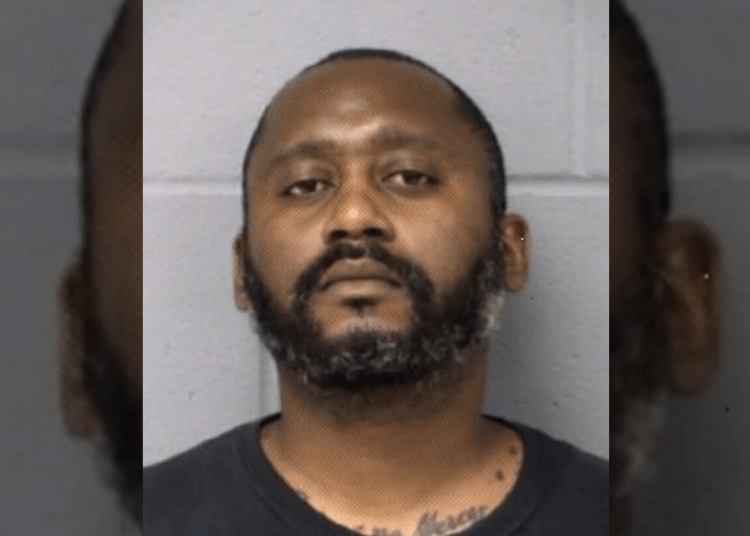 Stephen Broderick, a former Travis County Sheriff’s Office detective who had been charged with raping a 16-year-old girl last summer, was taken into custody Monday morning in the city of Manor after two callers reported seeing a suspicious person walking along the side of U.S. 290, FOX7 Austin reported.

Manor Police Department Chief Ryan Phipps told the station that an unmarked vehicle was dispatched to the area east of Austin to confirm Broderick’s identity, before marked units were called in. The 41-year-old was then ordered to stop by officers and was arrested without incident, he added.

As Broderick was taken into custody, police found a firearm in his waistband. The man accused of a triple homicide has now been taken to Travis County Jail.

Broderick is suspected in the fatal shooting of two Hispanic women and one black man on Sunday in Austin, in what officials believe was a domestic dispute, according to FOX7.

“The victims were all known to this suspect,” interim Austin Police Chief Joseph Chacon said Sunday.

“We are heartbroken by the news of this senseless tragedy, and we extend our deepest condolences to the families of Willie Simmons III and Alyssa Broderick,” Elgin ISD Superintendent Jodi Duron said in a statement obtained by FOX7 Austin.

It added that Alyssa Broderick, who withdrew from the district last fall, “was an excellent student and athlete, enrolled in our Early College High School program and played on our girls’ basketball team.”

Simmons III, meanwhile, was a senior at Elgin High School and the captain of its football team, the statement said.

“He was an exceptional young man and leader among his peers,” the statement added. “Strong, both academically and athletically, he represented the very best of Elgin ISD.”

Austin’s KXAN, citing an arrest affidavit, reported last June that the ex-detective was on administrative leave following an arrest for allegations of sexual assault.

U.S. Marshals arrested Broderick on June 6, three days after the teen accused him of assaulting her in a home in Elgin, Texas, the Austin American-Statesman reported.

Broderick reportedly spent 16 days in jail before he posted a reduced bail amount of $50,000.

Court records reviewed by the newspaper indicate his wife filed for divorce and obtained an order of protection after his arrest.

Judge who presides over drunk driving cases arrested for DUI