Peter Cadigan and Peggy Finley were booked for first-degree murder 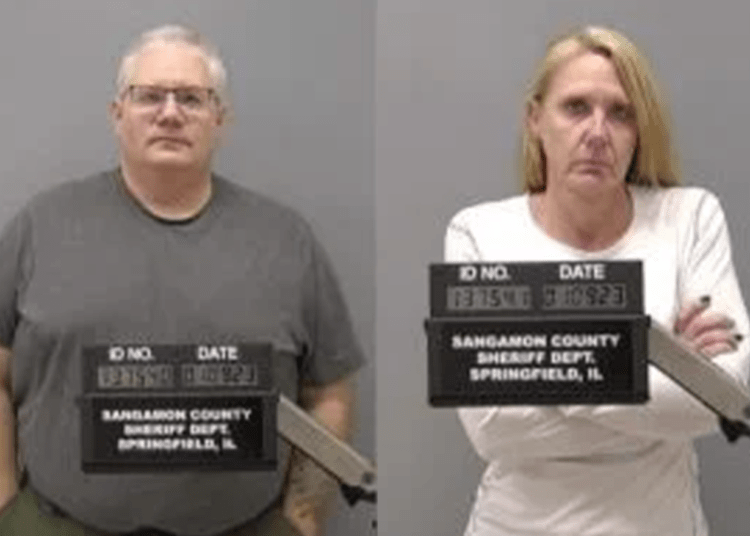 SANGAMON COUNTY, Ill. – A pair of Illinois EMS personnel are facing charges of first-degree murder in the death of a 35-year-old patient under their care after improperly restraining the man during transport in an ambulance.

Officers were dispatched to Moore’s residence and found him experiencing a hallucinatory episode. As a result, police called EMS for patient transport, Wright said.

Cadigan and Finley responded and were tasked with transporting Moore via ambulance. They allegedly placed Moore face-down on a paramedic stretcher and incorrectly secured him with a medical strap across his back and lower body.

“Following the arrival of EMS, Earl Moore Jr. became the victim of acts which caused his death at the hands of individuals called by police to provide emergency medical care,” Wright said.

Moore died from “compressional and positional asphyxia due to prone face-down restraint on a paramedic transportation cot stretcher by tightened straps across the back,” according to the autopsy report.

The prosecutor said the EMS workers should have known, based upon their training and experience, that positioning a patient in that manner “would create a substantial probability of great bodily harm or death.”

Cadigan and Finley were booked on murder charges at the Sangamon County Jail. Each one had their bond set at $1 million.

LifeStar Ambulance Service did not immediately respond to a request for comment from Fox News.