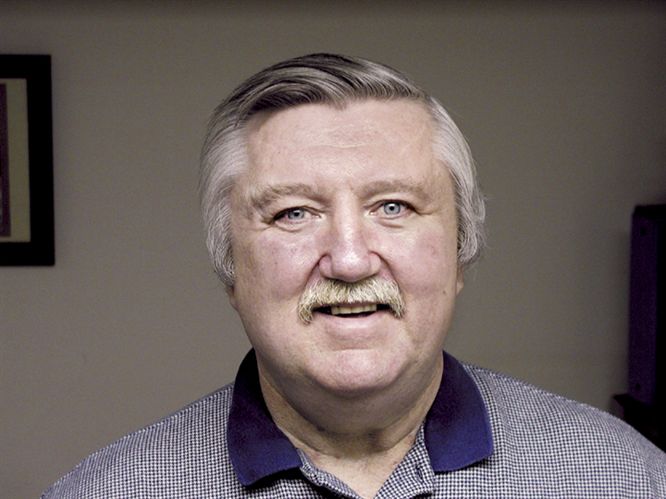 Ed Nowicki, the founder of the International Law Enforcement Educators & Trainers Association (ILEETA) died this week after a decade long battle with Charcot-Marie-Tooth (CMT). Nowicki developed ILEETA in 2003 and it quickly grew to the largest gathering of law enforcement trainers in the world.

A 33 year law enforcement veteran and Executive Director of the National Criminal Justice Training Council (NCJTC), Ed was also one of the founders and the first Executive Director of the American Society of Law Enforcement Trainers (ASLET). A passionate trainer and educator, Ed had a Bachelor Degree in Criminal Justice and a Masters Degree in Management.

A survivor of six separate shootings, Nowicki was recognized internationally as a use of force expert and developed countless training programs throughout his career. He was the author of over 200 law enforcement articles focused on training and wrote several books including “True Blue: True Stories about Real Cops” “Street Weapons” and “American Blue.”

In 2007, Law Officer Magazine developed the “Ed Nowicki International Trainer of the Year Award” with Nowicki being named the first recipient. Dale Stockton gave Nowicki the award in May 2007, saying that “we strongly believe it is important to recognize exceptional commitment and contribution to the profession. Ed Nowicki has served the law enforcement community tirelessly for 40 years and is the founder of ILEETA, the finest police training organization in the country. Every discussion about who should receive this award came back to Ed.”

Major Travis Yates received the “Ed Nowicki” award in 2008 and remembers his interaction with Ed.

“Ed Nowicki was and always will be a law enforcement legend. As a man, he was one of the most gracious and humble human beings you would ever meet and as a trainer, he displayed a passion unlike anything we will ever see again. Police academies should build statutes of Ed because that is how much he has impacted this profession but the irony is Ed would have nothing of that. He truly will be missed,” Yates told us.

Sergeant Chuck Humes, a member of the law enforcement Hall of Fame, said that “America lost a treasure” and while many officers would not recognize his name today, Ed had taught them all. 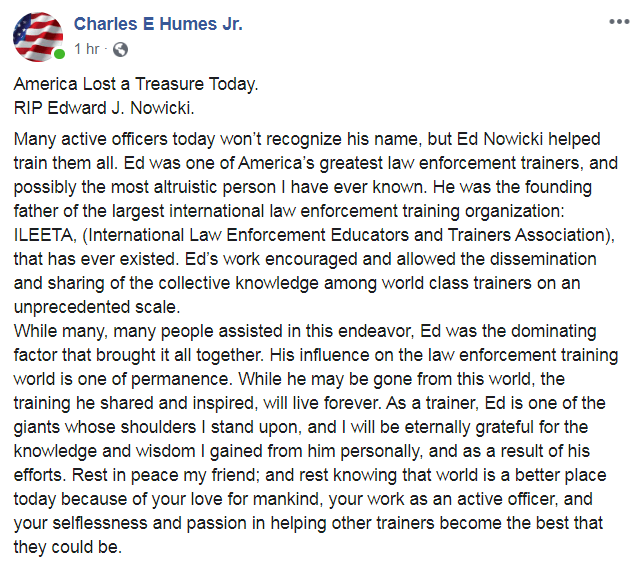 Trainer John Bostain called Nowicki a “pioneer in law enforcement training” and hailed Ed as a trainer that was committed to mentoring young trainers in the profession.

Indeed, today is a dark day for the law enforcement profession but ti is also a day that we remember a man that has saved countless lives through his training and has left a legacy through others that will live for generations.

God bless you Ed Nowicki and on behalf of all of law enforcement, thank you…..