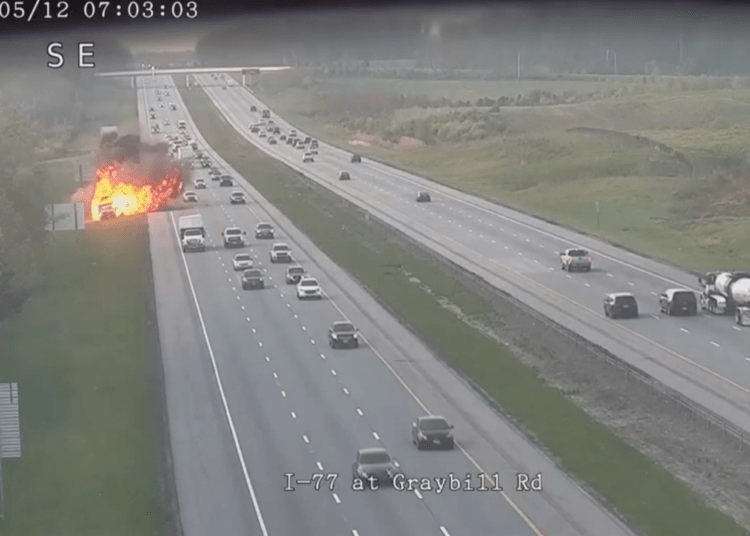 GREEN, Ohio – A dump truck smashed into a vehicle belonging to the Ohio Department of Transportation (ODOT) Thursday morning, which caused a fiery explosion.

The Summit County Sheriff’s Office said the dump truck struck the ODOT automobile, which was stationary on the shoulder of Interstate 77 in Green, Ohio, causing the dramatic collision about 7:20 a.m., Fox Digital reported.

Both drivers were transported to a nearby hospital with serious injuries, according to the sheriff’s office.

A Facebook post from ODOT said the injuries sustained by their employee are serious, but non-life threatening.

“We are extremely fortunate he is alive,” the ODOT post said.

The fireball collision was captured on video by ODOT traffic cameras. The footage shows the dump truck crashing into the vehicle, which then goes off the shoulder while ablaze.

Highway work is hazardous. ODOT confirmed this fact when they noted this crash marks the 82nd time one of its employees has been struck this year.