Over 9,000 nursing home residents died before Cuomo reversed his decision 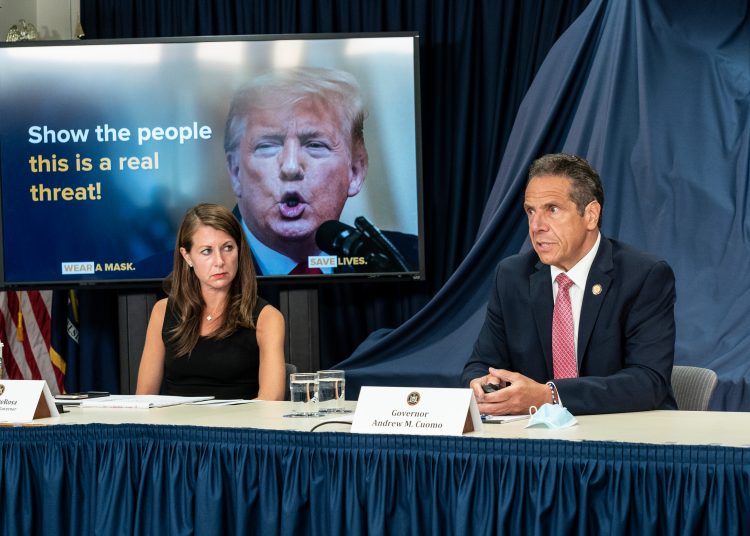 Washington D.C. – The Department of Justice has decided not to investigate whether the civil rights of residents in New York’s government-run nursing homes were violated by Gov. Andrew Cuomo’s controversial admission policy related to the COVID-19 pandemic. On Friday, the DOJ’s Office of Legislative Affairs told  Representative Steve Scalise (R-La.), ranking member of that House Subcommittee on the Coronavirus Crisis, that the investigation into New York in connection with potential violations of the Civil Rights of Institutionalized Persons Act was over.

The New York Post reported that In August, the DOJ’s Civil Rights Division requested information from New York in connection with a March 25, 2020, order from the state Department of Health that required nursing homes to admit “medically stable” COVID-19 patients discharged from hospitals. The records were also requested from Pennsylvania, Michigan and New Jersey, which adopted similar rules that the DOJ said “may have resulted in the deaths of thousands of elderly nursing home residents.”

READ: SHOULD GOVERNOR CUOMO BE CHARGED FOR MURDER?

An estimated 9,000 New Yorkers died in nursing homes before May 10, 2020, when Cuomo reversed his decision.

“We have reviewed the information provided by these states along with additional information available to the Department,” Deputy Assistant Attorney General Joe Gaeta wrote Friday.

“Based on that review, we have decided not to open a CRIPA investigation of any public nursing facility within New York, Pennsylvania, or Michigan at this time.”

In a prepared statement, Scalise called it “outrageous that the Department of Justice refuses to investigate the deadly ‘must admit’ orders issued by governors in New York, Pennsylvania, and Michigan that resulted in the deaths of thousands of senior citizens.”

“Where is the justice for nursing home victims and their grieving families? These deadly orders contradicted the [Centers for Disease Control and Prevention’s] guidance, and needlessly endangered the most vulnerable among us to the deadly COVID-19 virus,” Scalise said.

While the Civil Rights investigation is over, the FBI and the Brooklyn United States Attorney’s Office is reportedly looking into criminal behavior after a top aide privately admitted that administration covered up the total number of nursing home residents killed by the coronavirus.

Law Officer previously discussed the possibility of a criminal charge against Cuomo based on statute.

US Rep. Elise Stefanik (R-Glens Falls) said, “This decision from President Biden’s Department of Justice makes President Biden complicit in the criminal corruption scandal and coverup of deaths of thousands of vulnerable seniors.”

“New Yorkers deserve answers and accountability. I was the first member of Congress to call for an investigation into Governor Cuomo’s corrupt criminal coverup and I will continue to fight for the families who lost loved ones because of the cruelty and corruption of our Governor,” she added.

Haydee Pabey, whose mom died of COVID-19 in a northern Manhattan nursing home, said. “My heart is broken all over again.”