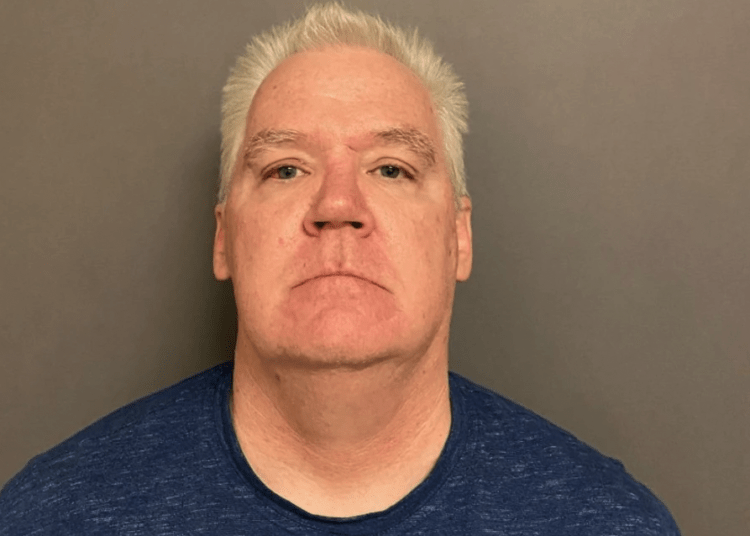 Terry Edward Keegan is accused of molesting three girls dating back to 2011. (OCDA)

IRVINE, Calif. – A man who is employed by the U.S. Department of Homeland Security was taken into custody by the Irvine Police Department on Wednesday. He is charged with molesting three young girls in a series of crimes that began in 2011, according to a report.

The suspect was identified as Terry Edward Keegan. Authorities allege the series of crimes began in 2011, when he molested an 8-year-old girl who lived next door to the residence he shared with his girlfriend and another young girl, KTLA reported.

Keegan, 59, is also accused of molesting the girl who lived with him and his girlfriend, as well a third girl who lived next door to Keegan and his family after they moved into a new home in 2015, the Orange County District Attorney’s office said.

“The innocence of children should not be ripped away from them by some monster living next door or even in their own home,” District Attorney Todd Spitzer said in a press statement. “The only monsters in children’s lives should be the ones in bedtime stories and movies, not a living, breathing predator who became the stuff of real-life nightmares for three young girls.”

Irvine Police Chief Michael Kent commented on the “predator” who was taken into custody.

“The victims in this case showed tremendous courage,” Kent added in the press release. “We are hopeful the arrest of this predator brings them some comfort and reassurance.”

Keegan was booked at the Theo Lacy Facility on $1 million bail, jail records show. His arraignment is scheduled for Feb. 8 in Orange County Central Court, according to KTLA.

The criminal defendant has an exposure of up to 100 years to life in prison if he’s convicted on all charges, the District Attorney’s office said.