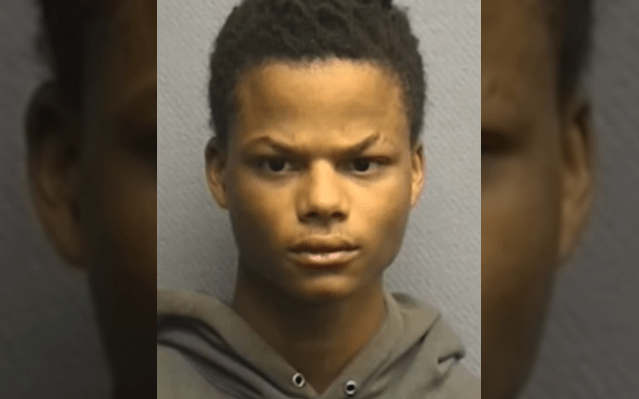 “I told the DA he should not get out,” Roberts’s mother Christina said. “He killed my son, he’ll be killing again.”

O’Neal reportedly stabbed Ryan Roberts to death in 2016. The victim’s body was found near an overpass on Jan. 19 of that year. It was claimed that the defendant did it for a satanic ritual. O’Neal admitted worshipping the Devil, but denied murdering Roberts, while placing blame on another friend, according to Click 2 Houston.

Regardless of the Satan worshipping aspect, Christina Roberts dismissed the satanic ritual allegation, asserting that O’Neal killed her son “out of pure anger.”

“He had this planned out, and he can’t sit there and say he didn’t,” she said at the time. “You don’t just sit there and kill somebody out of the blue like that.”

The defendant’s mental state was long a factor in the case, Law & Crime reported.

“Oh I know that he’s worshiping the devil and stuff,” father Edward O’Neal Sr. told KHOU, voicing doubt that his son did it. “He didn’t tell me nothing. He didn’t say nothing about doing nothing. He’s mentally retarded.”

Nevertheless, the case still has not wrapped up after years. Felony Mental Health Court Judge Mark Kent Ellis dropped the $50,000 bond to $25,000 in June. O’Neal bonded out. Months later, he’s been accused of fatally shooting Derrick Mike on Nov. 28 at an apartment complex. Judge Ellis’s decision ended up being even more controversial in retrospect.

The Harris County District Attorney’s Office issued a statement to KTRK, “Our prosecutors told the judge in court that we opposed bond being lowered for this defendant and we twice filed motions asking the judge to set conditions on the defendant’s bond if he were to be released pending trial. We also let the judge know the facts of the original murder, to ensure the court was aware of our concerns for public safety.”

Andy Kahan is a long-time crime victim’s advocate. He says this is the latest case of a judge lowering felony bond and a suspect committing a murder while back out on the street. He puts the number at 70 in the last two years, KTRK reported.

“We are in the midst of a Harris County bond pandemic and Derrick Mike became the latest collateral damage,” Kahan said. “I’ve been around 30 years. I have never seen a lower bond for first-degree murder than I have in this particular case and that really flummoxed me.”

On Monday, Law Officer reported that a 61-year-old man became the 69th person in Harris County to recently be killed by someone free from jail on multiple felony bonds when Larry Lawrence reportedly lost his life at the hands of Michael Mosley.

So as you can see, Harris County has a serious problem on their hands; all under the guise of “criminal justice reform.”

O’Neal is now in jail without bond this time, but State Senator Paul Bettencourt says something has to change. He says he will propose legislation in the next session to prevent cases like O’Neal’s from happening again, KTRK reported.

“We’re giving out additional felony bonds like popcorn,” Senator Bettencourt said. “We’ve got to stop this revolving door of low-cost or no-cost bonds, because people are literally being killed as a result.”