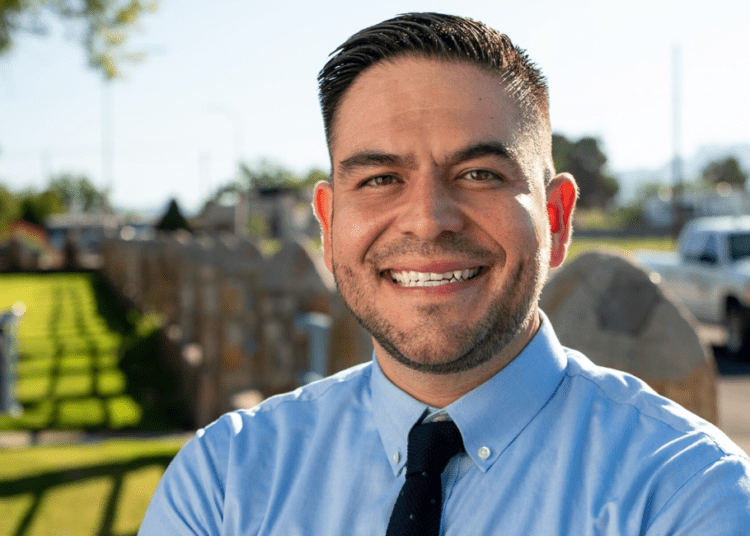 LAS CRUCES, N.M. – A Democratic candidate in a key House race previously vowed he would “fully support” cutting in half the police budget in the city of Las Cruces, New Mexico where he served as a member of the city council.

Congressional candidate Gabe Vasquez expressed support for defunding police, as well as for the Black Lives Matter movement, in a number of emails sent in 2020 as a member of the Las Cruces City Council, Fox News Digital reported.

“I wholeheartedly and absolutely support police reform and the #blacklivesmatter movement, and will not be stopping short of transformational reform that brings justice to our city and to people of color in our community. You can count on my support,” Vasquez wrote to a constituent demanding “at least” a 50% reduction of the Las Cruces police department budget, according to Fox, citing quotes from one particular email.

This isn’t the first reporting of Vasquez’ anti-police track record.

In September, Law Officer reported that Vasquez hid behind a fictitious identity during an anti-police rant to a journalist at a Black Lives Matter protest in the summer of 2020, and was subsequently trying to conceal the incriminating evidence.

A local reporter interviewed an attendee at a June 2020 Black Lives Matter protest in Las Cruces. The man identified himself as “James Hall,” a “Las Cruces resident.” During the interview he expressed his desire to defund police. “We need serious police reform in this country,” the man said while chants of “no justice, no peace” occurred in the background. “It’s not just about defunding police, it’s about defunding a system that privileges white people over everyone else.”

Although the individual being interviewed shielded much of his face in a hat, neck gaiter, and sunglasses, and claimed his name was “James Hall,” the facial features that were seen revealed a close resemblance to then-city council member Gabe Vasquez, according to the Washington Free Beacon.

A former city official who monitored the protest outed “James Hall” as Gabe Vasquez. The Free Beacon investigated and confirmed the information.