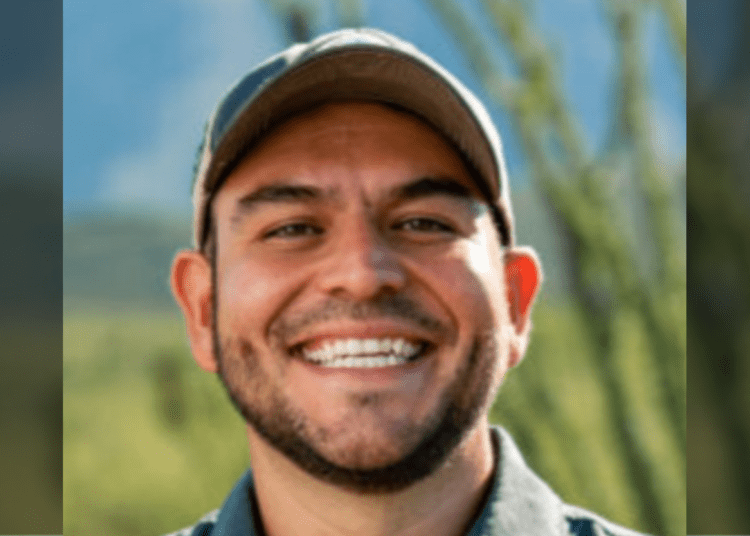 LAS CRUCES, N.M. – New Mexico Democrat and congressional hopeful Gabe Vasquez hid behind a fictitious identity during an anti-police rant to a journalist at a Black Lives Matter protest in the summer of 2020, a Washington Free Beacon investigation recently discovered. Now, he is trying to conceal the incriminating evidence.

A local reporter interviewed an attendee at a June 2020 Black Lives Matter protest in Las Cruces, New Mexico. The man identified himself as “James Hall,” a “Las Cruces resident.” During the interview he expressed his desire to defund police. “We need serious police reform in this country,” the man said while chants of “no justice, no peace” occurred in the background. “It’s not just about defunding police, it’s about defunding a system that privileges white people over everyone else.”

Although the individual being interviewed shielded much of his face in a hat, neck gaiter, and sunglasses, and claimed his name was “James Hall,” the facial features that were seen revealed a close resemblance to then-city council member Gabe Vasquez, according to the Free Beacon.

A former city official who monitored the protest told the news outlet that “James Hall” was in fact Gabe Vasquez.

The Free Beacon looked into the allegations and discovered supporting evidence.

For instance, Vasquez tweeted live from the event on June 6, 2020, sharing first-person photos accompanied with the hashtags “BlackLivesMattters [sic]” and “Las Cruces.” Six months later, he shared a photo that showed him wearing the same distinct, teal-and-orange neck gaiter he wore in the “James Hall” interview.

The news outlet discovered the gaiter is sold by a small New Mexico-based fly fishing business, Where the River Runs. Vasquez is a self-described “avid angler.”

More than two years later, Vasquez has deleted much of the evidence that connects him to the fanatical interview, apparently indicating the Democrat feels his emotional, misguided plea to defund law enforcement will hinder his aspirations to defeat Rep. Yvette Herrell (R.) in New Mexico’s Second Congressional District, the Free Beacon reported.

Vasquez has recently deleted from his Twitter account both his live post from the Las Cruces protest and the smiling selfie that shows him wearing the same mask from the protest.