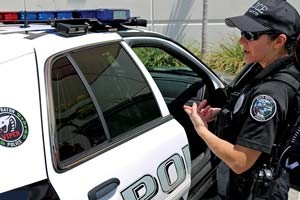 License plate reader (LPR) technology has been a game changer for law enforcement, offering a true force multiplier in both patrol and investigative applications. When married with effective analytics, LPR is capable of ferreting out suspects in series crimes and turning unworkable cases into closed cases. However, recent revelations and/or allegations of government "overreach" using a variety of technologies have resulted in many departments adopting a low profile regarding their use of LPR. Some have scaled back their programs or cancelled pending orders for equipment.

LPR technology is so good and so effective that failing to maximize the effectiveness is akin to buying a high-performance vehicle and only driving in first gear. If you have an LPR program—or are in the process of rolling one out—it's important that you take proactive steps to keep your agency out of the crosshairs of those who are using alarmist tactics and hyperbole to hobble public safety tech capabilities.

Following are the essentials that you need to keep in mind.

Policy: Have a policy that outlines the program, its purpose and its scope. Don't overlook the obvious—state clearly that your LPR system will be used in the field to identify wanted vehicles, protect critical infrastructure and solve criminal cases.

Controls: Identify who will be using the system and specify that access to data is both controlled and subject to audit.

Protocols ready: Provide guidance and training that will prevent problems. For instance, when an LPR alert indicates a wanted vehicle, an officer should: 1) Confirm the plate was read properly; 2) Confirm the state (LPR systems read letters and numbers but don't currently differentiate the issuing state); and 3) Confirm that the wanted status is still in effect.

Time limits: Set a reasonable and appropriate retention period based on 1) any legal requirements in your jurisdiction; 2) operational and investigative needs; 3) data storage capabilities; and 4) a reasonable balance of the previous areas in light of public sensitivity. For more details on this important area, check the April 2013 issue of Law Officer.

It's about efficiency: When talking with media representatives, point out that LPR technology simply does what officers are already empowered to do while using technology to make it more efficient. Before you dismiss this as oversimplification, think it through. Officers can look at a plate, check to see if it is wanted, write down the time, date and location of the observation and later refer to this information during the course of an investigation. LPR accomplishes these same tasks and technology expands the effectiveness exponentially. Efficiency and effectiveness are in the best interest of public safety and not an indication of inappropriate action on the part of law enforcement.

Know your audience: Avoid using terms or references that are inflammatory. When a wanted plate is identified it should be referred to as an "alert" rather than a "hit."

Perspective: Put things in perspective. Some critics have characterized LPR utilization as an unauthorized tracking of innocent citizens. A few have likened LPR systems to GPS tracking, pointing out that a U.S. Supreme Court case (Jones) determined that police use of long-term GPS tracking required court authorization. LPR systems don't "track" where a vehicle travels. Period. But LPR does provide information on momentary and random occurrences when a vehicle plate is captured by an LPR system.

Note the distinction: GPS tracking is continuous and LPR data captures are infrequent and momentary. A GPS device is going to provide a 24/7 record of a vehicle's travels. Conversely, LPR records are of a specific time and location where a vehicle was literally seen for a second or less. For the sake of discussion, assume that a vehicle was documented by LPR 100 times during the course of a year (probably on the high side in most areas). Those LPR captures each provide a record that covers a moment in time, perhaps a second. That's 100 random seconds over the course of a year. Keep in mind that there are 31,536,000 seconds in each year. 100 out of 31,536,000. Think about it. That's not tracking.

Pay attention to evolving public sentiment and ensure that your LPR system is used properly and responsibly. Be proactive in your efforts and help ensure the long-term success of programs that use technology to fight crime.