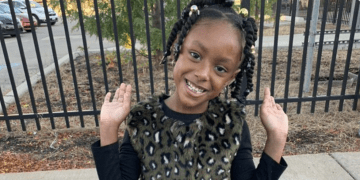 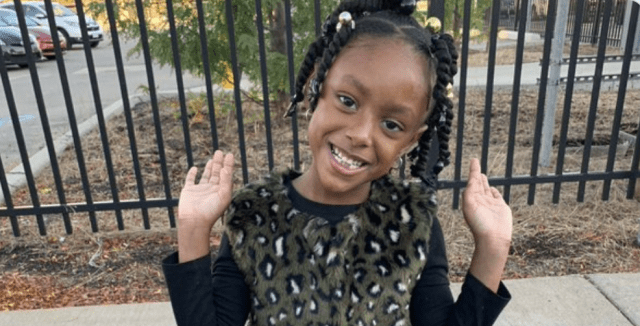 DETROIT – A  5-year-old Michigan girl, the daughter of two first responders, has become the first child to die from coronavirus in the state on Sunday.

Skylar Herbert tested positive for the coronavirus in March. She later developed meningoencephalitis, a rare complication of the coronavirus, her parents said. The little girl spent two weeks on a ventilator before being taken off on Sunday.

Her father, Ebbie, has been a Detroit firefighter for 18 years, while her mother LaVondria has worked as a police officer in the city for 25 years.

“She was the type of girl that would just run up to you and jump in your arms and hug you,” LaVondria said, according to The Detroit News.

A month ago, 5-year-old Skylar Herbert complained to her parents that she had a bad headache.

Today, she died from complications due to coronavirus.

“She was the type of girl that would just run up and jump in your arms and hug you," her mother said.https://t.co/VkEfyTuCB5

“We decided to take her off the ventilator today because her improvement had stopped, the doctors told us that it was possible she was brain dead, and we basically just knew she wasn’t coming back to us,” said LaVondria.

She was originally released from Beaumont Hospital, Royal Oak, a day after testing positive, as her symptoms — which included a fever — were believed to be mild.

The family went back to the hospital after her father developed a cough and shortness of breath, the paper reported.

As Skylar and her mother waited in the car, the 5-year-old had a seizure.

Skylar was then admitted to the pediatric ICU at the hospital — located in a northern suburb of Detroit, Mich., — where she was given a lumbar puncture and the family learned of her meningitis condition.

The Beaumont Health System, which has seen 6,678 COVID-19 patients as of Sunday, confirmed her death.

Skylar’s family said they have no idea how she contracted the virus, adding that she had been in the house for weeks and had no previous health issues, the paper added.

Michigan has seen more than 31,424 confirmed COVID-19 cases and at least 2,391 deaths as of early Monday, according to data from Johns Hopkins, FOX News reported.