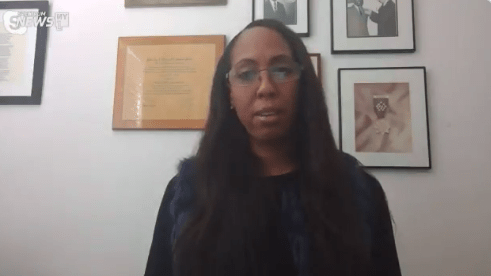 NEW YORK — The daughter of a deceased city police officer says a letter attributed to her father — stating the NYPD and FBI were behind the assassination of Malcolm X — is a fraud. Daughters of the civil rights leader teamed up with Reggie Wood, the cousin of former undercover NYPD officer Raymond Wood, last weekend at the scene of the Harlem murder to make the letter public.

However, Kelly Wood debunked its authenticity in an interview with NY1 on Friday.

In the letter, Raymond Wood allegedly wrote that NYPD supervisors pressured him into luring two members of Malcolm X’s security detail into committing crimes that led to their arrests, supposedly making the activist an easy target for conspiratorial gunmen at the former Audubon Ballroom in 1965, New York Post reported.

Wood’s daughter Kelly says the letter is bogus. Moreover, she says her father’s cousin read it out loud to the media as a publicity stunt.

“I know that my father did not write this letter,” Wood told the cable news station. “I know that is not his signature and I know the envelope they’re using to somehow justify that the letter was mailed is also a fake.”

Furthermore, Wood disputes the idea that her father would only want the letter to be released after his November death, to avoid facing its consequences.

“My father is not a coward. He would have never, ever asked anyone to speak on his behalf after his passing. If he had something to say, he would have said it when he was alive,” she told NY1.

Wood added that the signature on the letter was not her father’s.

A letter purportedly from a retired NYPD officer accused the FBI and NYPD of being involved in Malcolm X's death. But Kelly Wood, the officer's daughter, told NY1 it's a fake, and that he didn't write it.

Watch her interview with @DeanMeminger on NY1 at 4 pm. pic.twitter.com/8ejSjikjoU

Three members of the Nation of Islam were convicted in the shooting, but some have their doubts about the outcome of the case.

Manhattan District Attorney Cy Vance said last year that his office would reopen the case to investigate if the wrong suspects were arrested.

In the wake of the letter, Vance’s office released a statement saying its “review of this matter is active and ongoing.”

Civil Rights Attorney Ben Crump even got involved and demanded “justice” after what he called a “conspiracy perpetrated by NYPD & FBI.” 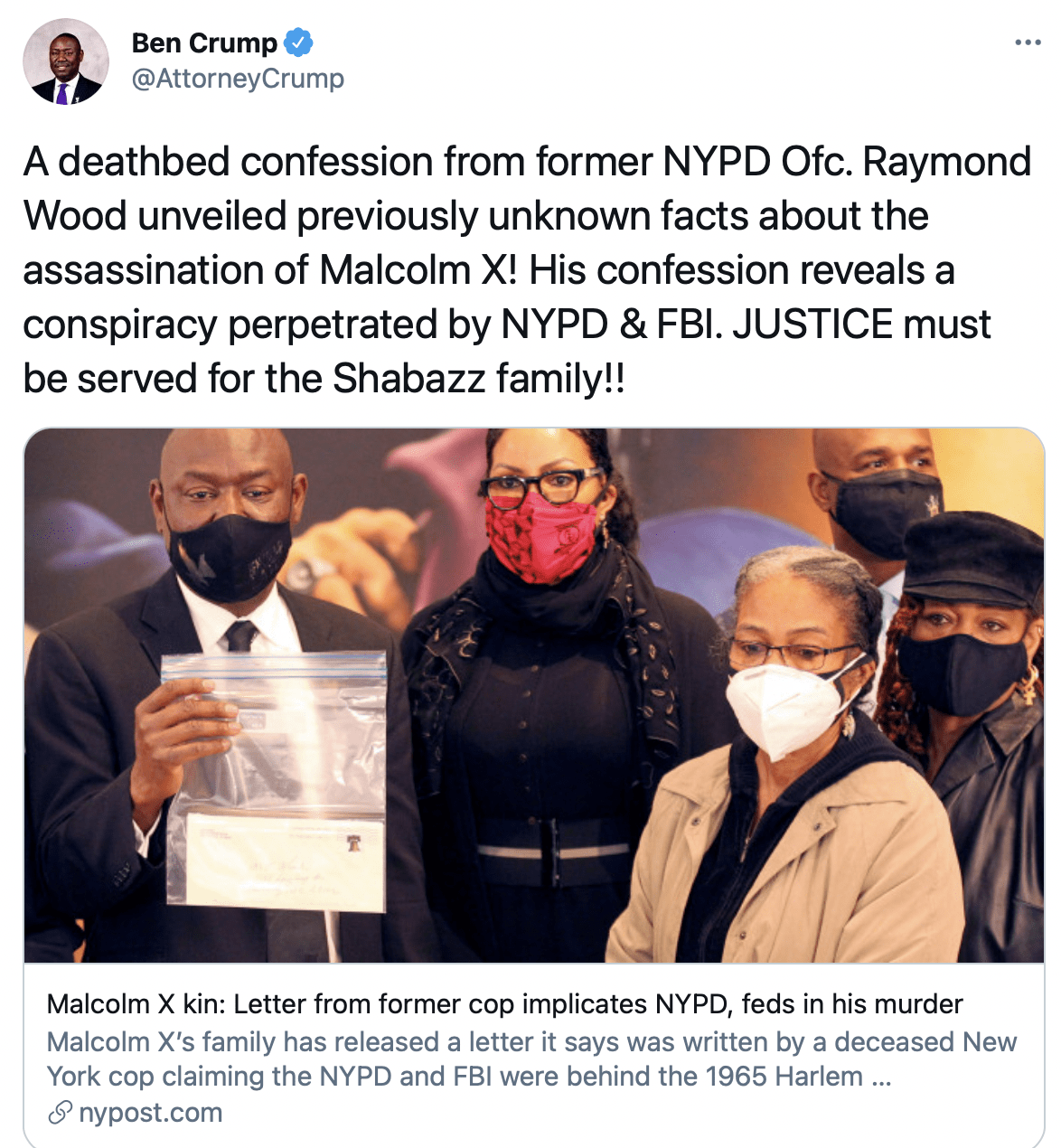 As of today, Crump has left his comments online and has not refuted the letter.