Darlene Brister was taken into custody following the horrific crimes 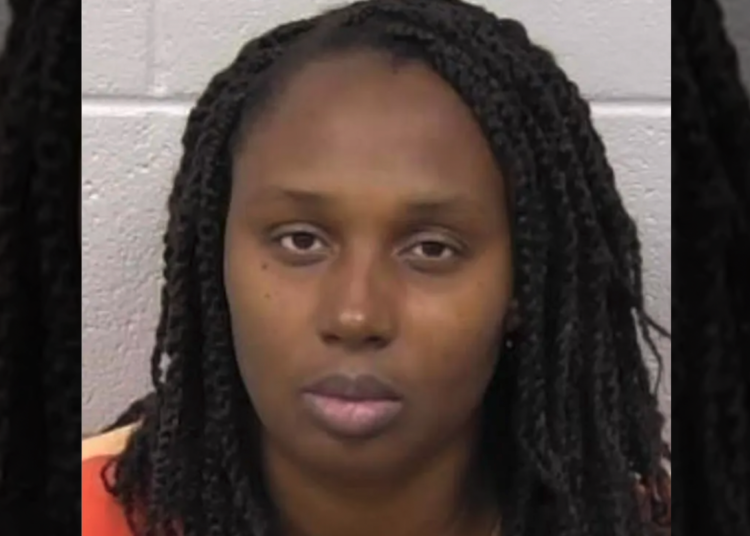 Darlene Brister, 40, was arrested and charged with malice murder after four children were killed. (FOX 5 Atlanta)

PAULDING COUNTY, Ga. – Law enforcement authorities in Georgia responded to a call of domestic violence shortly after 9 p.m. on Friday. Upon arrival they discovered a residential fire. A woman was subsequently arrested after four children died as a result of the crimes that were committed, according to a report.

The initial call indicated that a woman was attempting to stab other occupants inside the home in addition to a residential fire, FOX 5 Atlanta reported.

When Paulding County firefighters arrived at the residence, they reportedly found seven children, two who were unresponsive and pronounced dead at the scene, three who had injuries, and two others who were uninjured.

The three injured children were rushed to the hospital, where two of them did not survive.

The Paulding County Sheriff’s Office confirmed Sunday morning that four children died from injuries related to the crimes; two originally found unresponsive at the scene and two more that were transported to the hospital.

Darlene Brister, 40, was in the home at the time of the fire. She was arrested and booked on two counts of malice murder. However, authorities said she is likely to face additional charges.

Paulding County authorities were told that at the same time flames were growing inside the home, Brister was trying to stab the children.

Authorities did not confirm Brister’s relationship to the children nor did they confirm specifically how the kids were killed. Additional details were not immediately available.

“She had to be sick or so selfish and so self-centered that she didn’t care about anything or anyone,” neighbor Robin Zerby said.

Another neighbor told FOX 5 they witnessed people trying to help some of the kids out of the home while a few of the others jumped out of a second story window.

“I’m just glad they got out. For that woman to do that is unbelievably selfish. All she had to do was take the kids to a hospital … drop them off,” neighbor David Zerby said.

“I just don’t know who would do that to their kids,” one neighbor told FOX 5.

“You just don’t think things like that are going to happen,” said another.

Authorities will continue to investigate the horrific crimes following Brister’s arrest. She is currently being held without bond.

According to Fox News Digital, Brister is expected to appear before a judge Monday morning.