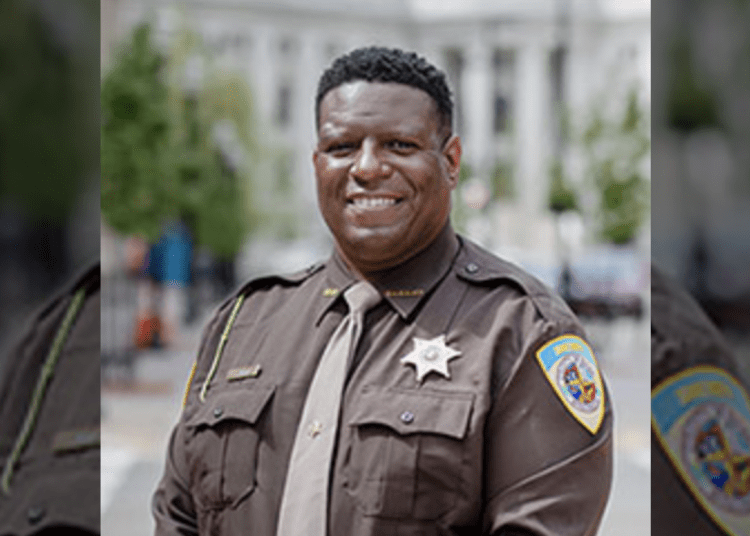 The Dane County Sheriff announced that inmates in the Dane County Jail will now be referred to as “residents,” in an attempt to use language that “reflects our society’s values.”

“We see it as a small step toward humanizing,” Dane County Sheriff Kalvin Barrett said in a news conference.

“I’ve learned a new perspective,” he announced. “We will no longer refer to those in our care of the Dane County Jail as inmates but we will use a more humanizing term like resident or those within our care. This change in language is a way to humanize those incarcerated in our Dane County Jail.”

Barrett was appointed Dane County Sheriff by Gov. Tony Evers. The appointment fills a vacancy created by Sheriff David J. Mahoney’s resignation, effective May 8, 2021. Barrett will complete the remainder of the term which ends January 2, 2023. Barrett served as Dane County Deputy Sheriff from 2009 to 2011, and as an officer with the Sun Prairie Police Department from 2011 to 2016. He is currently a law enforcement officer at Wisconsin State Fair Park and teaches law enforcement and criminal justice at Madison College where he is the faculty director of the criminal justice studies program.

“To call them residents and not inmates is a step forward,” said Rep. Sheila Stubbs, a Democrat and county supervisor, also speaking at the news conference. She said it “is critical that we recognize people as decent people and as citizens.”

“It’s official. I have announced it to our Sheriff’s Office,” said Barrett.

He said that he gathered “multiple different perspectives” before making the change, including people currently incarcerated. Barrett referred to the change as the implementation of “new values” that will create a “rehabilitative environment.”

Barrett said he believed not using the term inmates was an example of how Dane County is a national leader on “progressive criminal justice reform.” He said he was in contact with advocacy groups to make sure the Sheriff’s Department is using proper language that will help inmates “reintegrate” into society.

“I had numerous conversations with those who have been incarcerated; they encouraged me to no longer use the term inmate but instead to use resident,” said Barrett.

He said the word inmate causes “stigma.” He also opposed the terms convict, offender and prisoner.

“Help us reform our criminal justice system,” he said.

“This will allow us to move toward a 21st century policing mindset in which we treat everyone within our community with dignity, respect and humanity,” said Barrett. He called it “normalizing language.”

Law Officer comment: We couldn’t help but notice that Sheriff Barrett said his “residents” were “incarcerated.” Perhaps if he’s choosing to refer to inmates as residents, he should say they are “in time out,” not incarcerated.