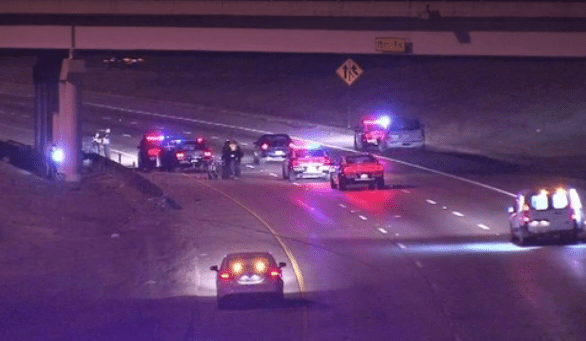 A detention officer for the Dallas County Sheriff’s Department was killed in a crash on his way to work.

It happened around 10 p.m. on Wednesday night.

A witness said the jailer’s Corvette passed him going at a high rate of speed.

Fox 4 reports that he lost control of his car, went off the road and hit a guardrail. The car went up an embankment and slammed into a bridge support.

He liked died on impact.

Share and speak up for justice, law & order...
Tags: dallas countydeputyOfficer Down