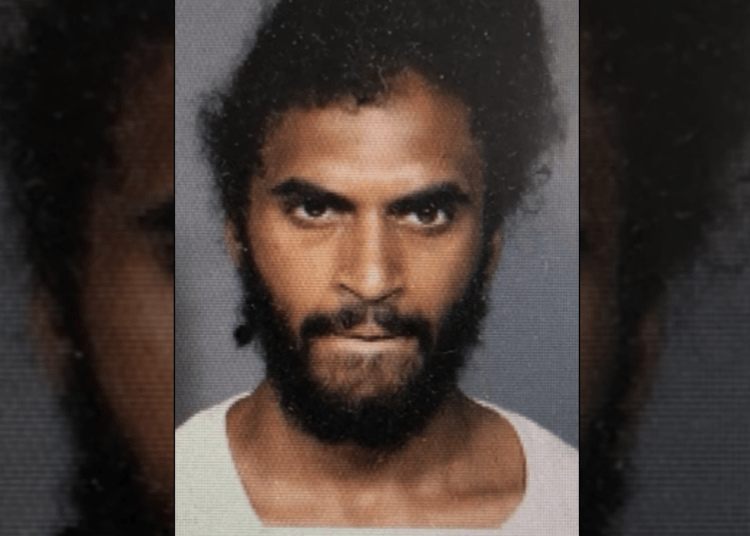 Isaac Rodriguez has been dubbed "The Man of Steal" after being arrested dozens of times. (Photo via New York Post)

NEW YORK — Criminal justice reform in the United States means a lot of things to different people. To police officers working the streets, it’s a “get out of jail free” card for many career criminals who are exploiting the naivete and corruption of political leaders who continue to facilitate and enable criminal conduct. Hence, it’s more “injustice” than anything else.

New York City frequently gives us examples of someone committing a new crime who should be incarcerated from prior offenses.

Today’s illustration is courtesy of Isaac Rodriguez who has been arrested 57 times thus far in 2021.

The New York Post joked that he should be called, “Sir Isaac Lootin'” due to his many custodial encounters from retail theft.

Continuing with the satire, The Post said “this Man of Steal leads NYC’s record-shattering shoplifting surge.”

Adding comedy based upon his locale, the news outlet also said, “The King of Queens Thieves has been arrested 57 times this year alone, including in a vicious stabbing,” according to law enforcement sources.

All kidding aside, Rodriguez, 22, has a rap sheet 74 offenses long, dating back to 2015, according to police sources.

Criminal justice reform in 2021 is doing nothing more than creating more criminals like Rodriguez.

“This guy comes here every day stealing, every single day. He comes and he steals,” fumed the manager of Walgreens in Jackson Heights. “We call 911 and make a report, and that’s it. Our company policy is if anyone comes, because of a safety issue, we cannot stop him. We cannot do anything.”

“They steal and they sell,” the manager groused.

Rodriguez is finally in jail, but he rode the city’s revolving door of justice to allegedly rip off Walgreens 37 times this year.

He steals anything from protein drinks and body lotion, to baby formula and sexy lingerie, police said. He likes Dove soap and Victoria’s Secret merchandise too, according to court records.

The manager said the “Queens Klepto” (another moniker courtesy of The Post) has been targeting his Jackson Heights store for “at least a year, at least every single day. … Whenever he goes to jail he stops. Sometimes he comes three, four times [a day] to get all of a [certain] merchandise.”

He’s a one-man crime wave in a city that is being taken over by thieves, said an exasperated police officer.

“I don’t know how these [cases] have been handled, but clearly there has been no consequences,” the police source told The Post. “Looking at his rap sheet, there isn’t a hinge moment. He has a storm of criminal activity in his life. The outcomes have not dissuaded him from this path. There is a pattern of behavior that perpetuates a cycle of crime here. And it hasn’t been stopped.”

Rodriguez has not been confined to simple theft. Just ask Pablo Cusco.

Cusco, 39, was kicked, beaten, robbed and stabbed by Rodriguez and others on June 7 while walking his dog near his Jackson Heights home at 3:20 a.m., police said.

The group of thugs asked Cusco for $1. When he complied, their thank-you was to forcefully take his cell phone. Cusco was pummeled as he resisted the bandits. As a result, he was treated at Elmhurst Hospital for four puncture wounds to his leg and buttocks.

Ultimately, Rodriguez was arrested and charged with gang assault a few weeks after the violent crime was committed.

“He [Rodriguez} almost killed me. He should stay in jail for sure, for sure,” the Spanish-speaking Cusco told The Post through a translator. “I was punched a lot and stabbed with a knife. I’m still scared because they may find me again.”

Joseph Giacalone, an adjunct professor at John Jay College of Criminal Justice and a former NYPD sergeant offered his perspective.

“Organized shoplifting has been around for a long time, but certainly not at the level we’re witnessing in New York and elsewhere,” Giacalone said. “The penalty if caught is low, but the reward is high. The Internet provides an easy way to fence items.

“This isn’t about bread like AOC [Congresswoman Alexandria Ocasio-Cortez] will have you believe. It’s about opportunists taking advantage of decisions made in their favor thanks to the Mayor, City Council and Albany. It only gets worse from here.”