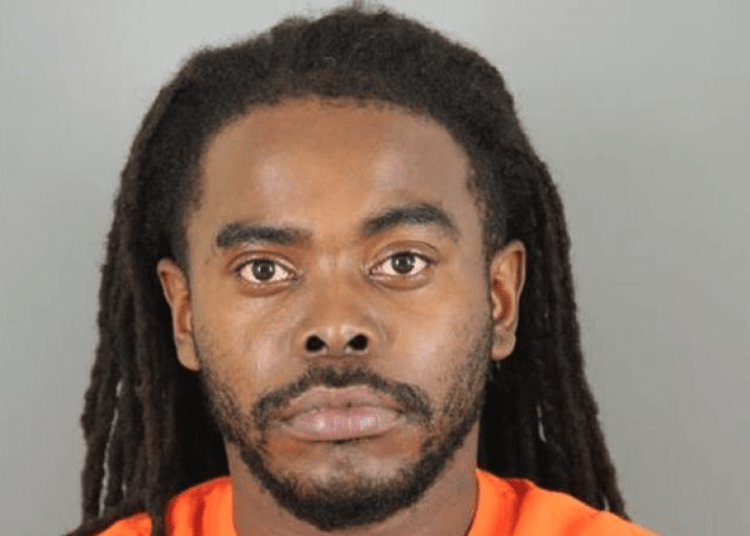 Cortez Rice, the BLM protester charged with intimidating the judge presiding over the trial for former police officer Kim Potter in the shooting of Daunte Wright, has been extradited to Minnesota. His first court appearance is scheduled for Tuesday at 1:30 p.m., Fox News reported.

Potter is the former Brooklyn Center police officer who is facing manslaughter charges stemming from the April fatal shooting of Daunte Wright.

In a criminal complaint that was not unsealed until Friday, Cortez Rice, 32, has been charged with felony harassment with aggravated violations — tampering with a juror or retaliating against a judicial officer, KSTP reported. He was arrested in Waukesha County, Wisconsin on Monday.

Rice is accused of participating in a Nov. 6 demonstration outside a condominium complex in Minneapolis that he and other protesters believed to be where Chu lived. According to the criminal complaint, the purpose was to intimidate the judge so she would allow a camera inside the courtroom for Potter’s trial, Fox News reported.

Rice entered the complex while livestreaming himself on YouTube. “We on her heels,” he is heard saying in the video, according to court documents. “What she think … we want cameras. The people deserve to know,” the complaint says.

Court documents apparently did not confirm if he focused on a unit belonging to the judge or if she was present.

The livestream that was broadcast from the complex was saturated with profanity also captured Rice threatening, “We are here for one person in particular.” He later shouted Chu’s name and called out, “We demand transparency. We’d hate you to get kicked out of your apartment,” the complaint obtained by the Minneapolis Star Tribune says.

Chu told investigators afterwards that it “was her belief the intention was to intimidate her and to interfere with the judicial process,” KARE reported.

Initially, Chu ruled against livestreaming Potter’s trial. However, she later reversed her decision, citing the state of the coronavirus pandemic and the delta variant.

In her Nov. 9 ruling, she wrote, “The bedrock of our democracy is the rule of law and that means we must have an independent judiciary and judges who can make decisions independent of the political winds that are blowing, protests or attempts at intimidation.”

Meanwhile, it was also revealed that about a month before the incident, Rice made an appearance before Chu on Oct. 4 after allegedly violating his probation following a 2017 conviction for illegal weapons possession. In a show of mercy, the judge ruled that Rice would be allowed to continue probation instead of returning him to custody.

As the timeless adage goes, “No good deed goes unpunished.”

The warrant for Rice’s arrest was issued on Nov. 24. He is currently being held at the Waukesha County Jail awaiting extradition back to Minnesota to face the charges out of Hennepin County. It’s unclear why he was in Waukesha, an area receiving substantial national news coverage due to the deadly Christmas parade massacre the weekend before Thanksgiving.