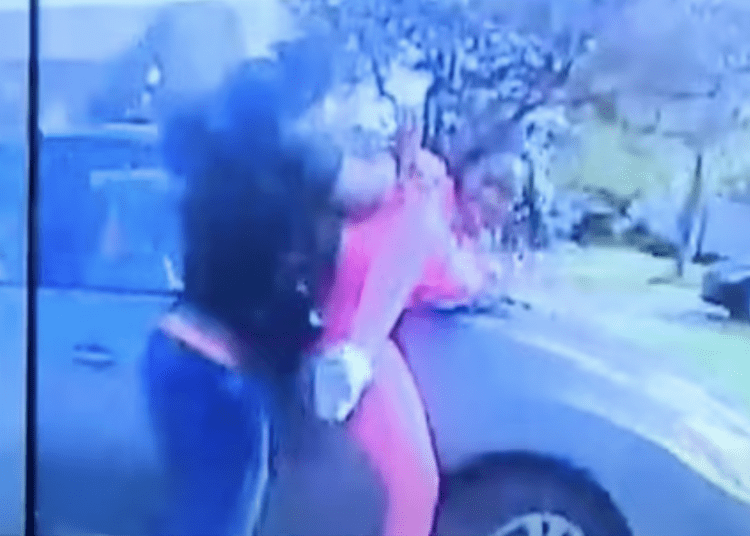 Columbus, Ohio — Hours after the Columbus Police Department shot a 15-year-old girl that stirred tensions and mass protests, the department released a video of the shooting along with preliminary details of the incident. Interim police chief Michael Woods called the incident tragic for all involved. And he noted that police had responded to the scene after a 911 caller reported that “someone was trying to stab them.”

In completely defying the facts of this incident, attorney Ben Crump wildly claimed that the Columbus Police “killed an unarmed 15yo Black girl.” However, police video shows a completely different, and far more accurate story. The video completely and factually disproves Crump’s inflammatory remark: the girl was clearly armed with a knife and attacking another female.

Chief Woods showed a video to reporters at a late night new conference. Officers arrived at 4:44 p.m when an officer immediately saw a female attempting to stab another female. As the police video shows, the officer witnessed the suspect push a victim to the ground.

Officers assessed the suspect for injuries and provided first aid before she was transported to a hospital where she was pronounced dead. The suspect was later identified by her family as 15-year-old Makiyah Bryant.

Mayor Andrew Ginther said it was a “heartbreaking” tragic day in the City of Columbus. Mayor Ginther noted how the officer took action during this unfortunate incident to protect someone: “The City of Columbus lost a fifteen year old girl today. We know based on this footage, the officer took action to protect another young girl in our community.”

However, despite the video and the heroic actions of the officer—who saved the victims from a violent attack with a knife—the family of Bryant seemed to be telling a different story.

Family member Hazel Bryant said, “She was a good kid. She was loving. She was 15 years old. She didn’t deserve to die like a dog in the street.” Hazel, the deceased teenager’s aunt, told the press that “The police are going to cover up for themselves. They don’t care. At this point, I feel like they’re just out to kill Black people. They’re not here to protect and serve.”

Hazel made these remarks before the bodycam video was released, according to the Daily Beast.

HAPPENING NOW: Protesters outside of Columbus police headquarters are chanting the name of Makiyah Bryant, whose family says she was the teenager shot and killed in today’s officer-involved shooting on Legion Lane. pic.twitter.com/zWAzU30bSl

Crowds gathered across Columbus throughout the night with a large gathering in front of the police department.

Meanwhile, Attorney Crump has yet to explain his inflammatory and untruthful remarks, or apologize for spreading falsehoods via social media to the American public; despite his claim that the suspect was “unarmed” — she was clearly armed with a knife, as the police video clearly shows.