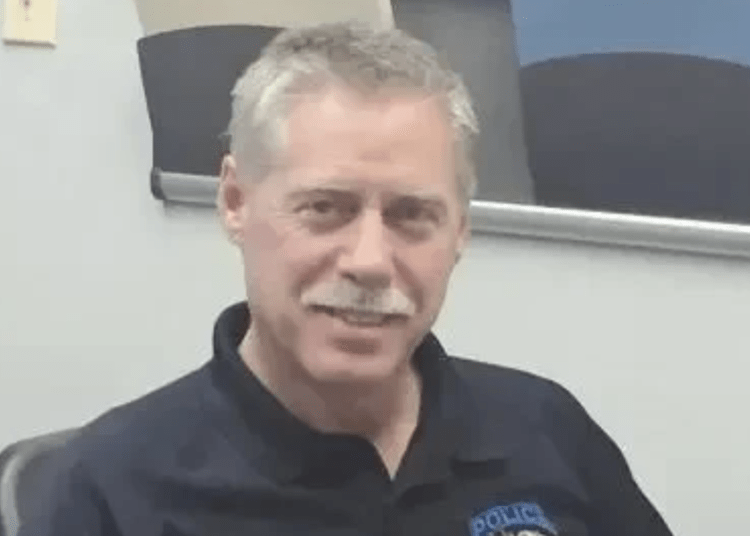 ESTES PARK, Colo. (KDVR) — An investigation is underway in Colorado after a police officer was discovered dead after family members reported a domestic violence incident, according to reports.

Allegations were made that a current Estes Park police officer committed an unspecified act of domestic violence on Sept. 17, according to the sheriff’s office.

The sheriff’s office and CIRT began the investigation on Thursday afternoon by interviewing family members regarding the alleged offense.

During the course of the investigation, law enforcement personnel learned the officer involved with the alleged incident was at his home with two other family members. Although the family members were removed from the home without incident, the sheriff’s office made several attempts to contact the officer without success.

Friday afternoon the Larimer County Coroner’s Office identified the officer who died as Capt. Eric Rose, 61, and said he died of a self-inflicted gunshot wound to the head. The death has been ruled a suicide, the Loveland Reporter-Herald reported.

Meanwhile, the sheriff’s office said the CIRT investigation into the Sept. 17 incident will continue. Ultimately, the investigative file will be presented to the district attorney for review.

“Captain Eric Rose was a dedicated officer with our department for over 26 years, and a highly respected member of our command staff. He began his law enforcement career with our agency, when we hired him in May of 1995,” Chief Wes Kufeld said in a news release the town of Estes Park issued after the coroner’s report, according to the Reporter-Herald.

“He was a born leader who was always community-focused and service-oriented. He was a pillar of the community-oriented policing in which our department prides itself,” Kufeld said. “As Emergency Manager he led our community through floods, fires and so much more. His work positively impacted the safety and sustainability of our community for its residents and visitors. This entire situation is a shock to our team, and I can’t begin to describe the heartache we are feeling. Please keep Eric’s family in your hearts and prayers,” he said.

“We are without words to describe the pain we feel. Estes Park is a small town, and many of us have known Captain Rose and his family personally for decades,” Estes Park Mayor Wendy Koenig said in the town’s news release.

“We are devastated by the loss of our friend and colleague, Captain Eric Rose,” said Town Administrator Travis Machalek, according to Estes Park Trail Gazette. “He was an outstanding member of our team for decades, and always focused on supporting his community. Eric’s family’s unimaginable loss is our first concern, and our focus is on supporting them, as well as our team.”